The campaign communicated and urged each one of us to join hands towards the global mission of fighting hunger. 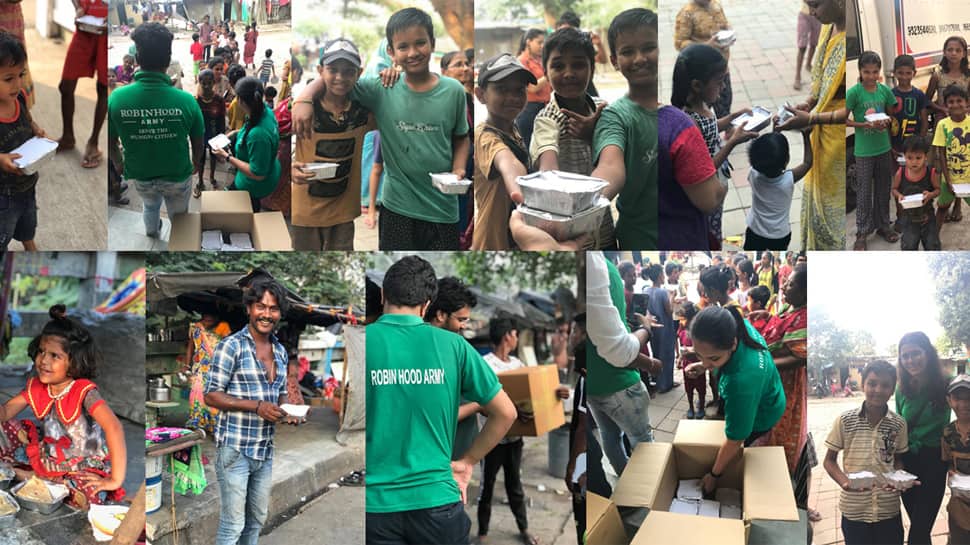 On the occasion of World Food Day, LF joined hands with the Robin Hood Army for an initiative to spread public awareness on hunger problems in our country through their digital platform LF and LFOriginals. India's premium multi-platform lifestyle brand from the Essel Group with presence in TV, Digital and Events; LF has always been at the forefront of innovation and public appeal. Linking cultures, cuisines and people not just in India but across the globe through original content, the team at LF is promoting the message of – Each One Feed One through this initiative.

Making you rethink the way you share, #feeditforward explained that zero hunger cannot be achieved overnight and should be an ongoing process until the target of a world without malnutrition and hunger is attained. The campaign communicated and urged each one of us to join hands towards the global mission of fighting hunger.

Attempting to reach out to as many offices and employees possible, the initiative offered an organised way to let people know that every action can have positive consequences and individuals can come together to make a difference.

The team at LF and Robinhood Army volunteered on 16th to collect food packets from the LF office and distribute it to the underprivileged people residing in the city. A total of 3780 food packets were collected in the span of a day and distributed to families along the 96 km stretch from Grand Road to Vasai. An effort to channelize the plenty towards the ones with none, this World Food Day, the team at LF became the force to execute #zerohunger campaign in body and spirit.  LF also created 3 short videos to raise awareness of food wastage which is being pushed through their social platforms.

According to the Food Aid Foundation, there are about 795 million people in the world who do not have enough food to lead a healthy lifestyle – that's about 1 in 9 people on earth. Food scarcity has been the main cause for malnourishment, stunted growth and other health-related issues and this is no less than a world crisis. Have we ever stopped to wonder, that the food we waste could actually end someone's hunger and be the reason they survive another day? 3,000 children throughout India die of malnutrition every day, and all we need is a way we could all work towards changing that. Answering that very issue, LF's initiative focuses on filling empty stomachs, with the ideology that 'their stomachs won't be empty if you give away your plenty.'

The Robin Hood Army with whom LF had tied up on the ground for this campaign, is a zero funds volunteer organisation that works to get food from restaurants and communities to serve the less fortunate.

The Robin Hood Army consists of volunteers serving their local communities with several neighbourhood chapters to anchor each city. With an army that serves 70 cities in 12 countries, they rely on the power of social media and press to mobilize more recruits. Proud on their zero funds origin, they serve to make food available to the hungry with the core faith in a simple idea- nobody deserves to be hungry! Through this very campaign, LF urged one and all to contact Robin Hood Army and join the movement.

On their association with Robin Hood Army, Amit Nair, Business Head, LF says, “We used all our platforms and the network strength to spread awareness related to this extraordinary campaign. It was a much-needed wake-up call to one and all to #feeditforward. Our on-ground campaign was a massive success and the team has come back feeling proud of their contribution looking forward to internalising this philosophy in their daily lives. Joining hands with the Robin Hood Army to serve the hungry citizens came as a natural choice to us as our belief has always been that food connects and makes bonds stronger.  The Robin Hood Army has succeeded in bringing together communities as a whole for the betterment of the human race.”

“Instead of turning to the wastebasket, if we could all make a conscious effort to reduce wastage and share the load to eradicate hunger, a real difference could be visible. A structural transformation is possible only and only if the attention is focussed on our people and the power of community. Each one of us can bring change and make a difference.” said Faiza Dhanani, Mumbai City Co-ordinator, Robin Hood Army.

Imbibing the Robins motto of food as a platform to bring out the best of humanity, the initiative shows that every bite counts, every smile matters.

World food day is celebrated every year on October 16 collectively across 150 countries. This United Nations activity brings in hundreds of outreach activities planned to bring together governments, businesses, NGOs, the media, and the general public. Aimed to promote worldwide awareness and action for those who suffer from hunger and for the need to ensure healthy diets for all, the day aims to create awareness on hunger and nutrition issues around us with the motive to create a world with #zerohunger.