B-town's 'Chamma Chamma' girl was seen flaunting her enviable figure outside her gym on Wednesday.

Malaika Arora is one of the fittest celebrities of tinsel town. She is known to be a fitness enthusiast and never misses out on spending time at her gym.

The 45-year-old is known for sweating it out regularly to maintain her gorgeous figure. She is regularly captured by the shutterbugs outside her gym or while attending her yoga or pilates session.

On Wednesday, Malaika was captured after her Pilates session and looked an absolute stunner in her latest avatar. The lady was seen in a brassiere and matching shorts which she paired with a white jacket and pink sports shoes. She flaunted her perfect washboard abs as she got clicked by the paps.

Well, we don't mind saying that over the years, the actress-producer has somehow started to age in reverse and has started to look better than ever. 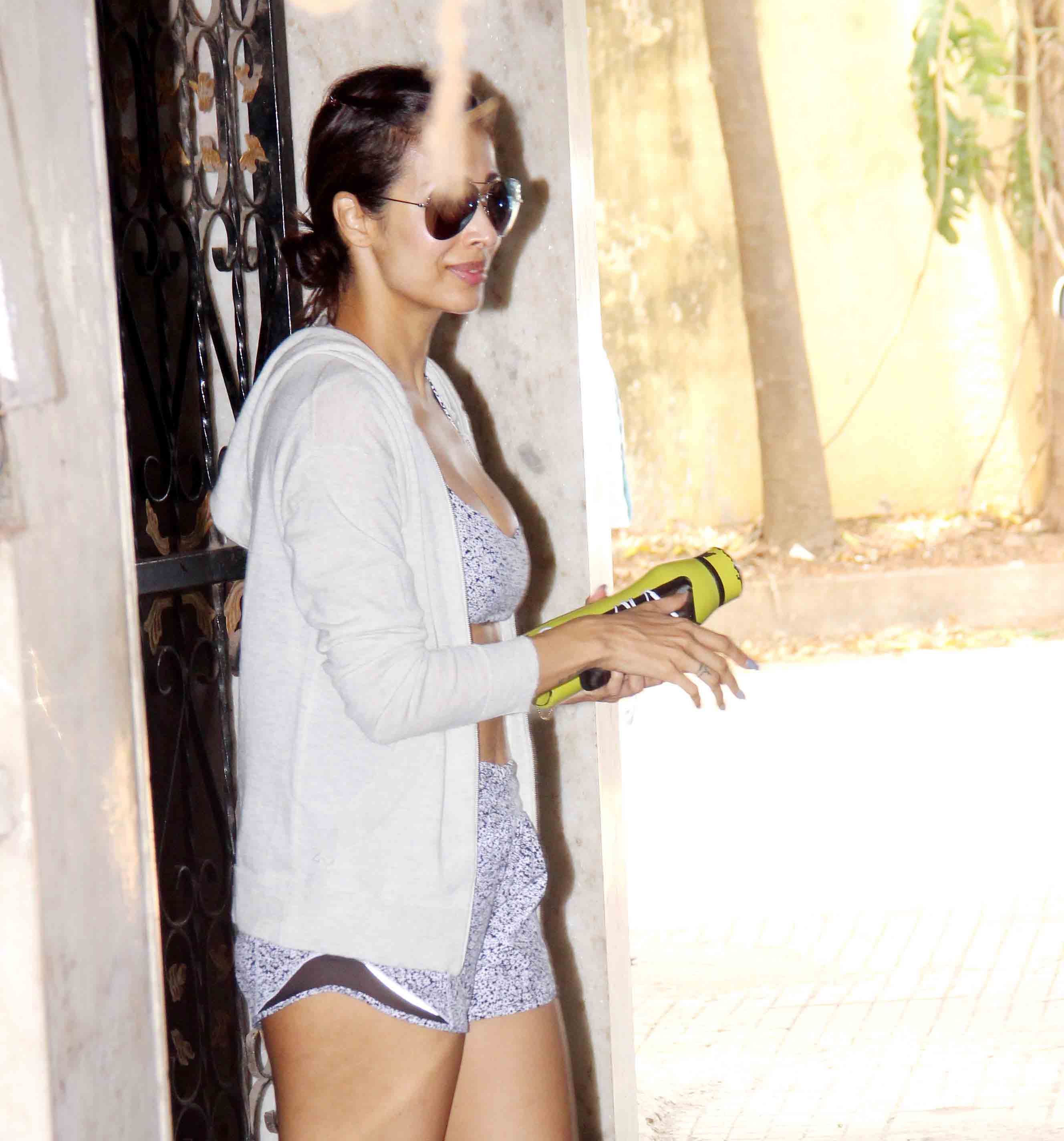 Malla, as she is fondly called by her friends, has a solid 8.7 million followers backing her on Instagram. Her fans eagerly wait for her fresh posts and videos.

When not shooting, Malaika loves to spend her time sweating it out at her gym.

Apart from being a social media sensation, Malaika has been making headlines for her relationship with Bollywood hunk Arjun Kapoor. Their Instagram banters and frequent dinner dates speak out loud that things are getting serious between the two and that they may even tie the knot by the end of this year.

For the unversed, Malaika was earlier married to actor-filmmaker Arbaaz Khan and has a 16-year-old son Arhaan Khan with him. The couple, who got married in 1998, ended their 18-year-old marriage in 2016.

Arjun and Malaika are often trolled on the social media for their age gap; however, the couple has learnt to slay their naysayers like bosses!