The glam diva was spotted in her casual wear and without any make.

The 'Munni' of Bollywood, Malaika Arora is one of the sexiest celebrities from the tinsel town. Over the years, the actress-producer has somehow started to age in reverse and has started to look better than ever. On Wednesday, the svelte beauty was captured making a stylish exit after sweating it out at Bandra gym. The glam diva was spotted in her casual wear and without any make.

Take a look at her photos below. 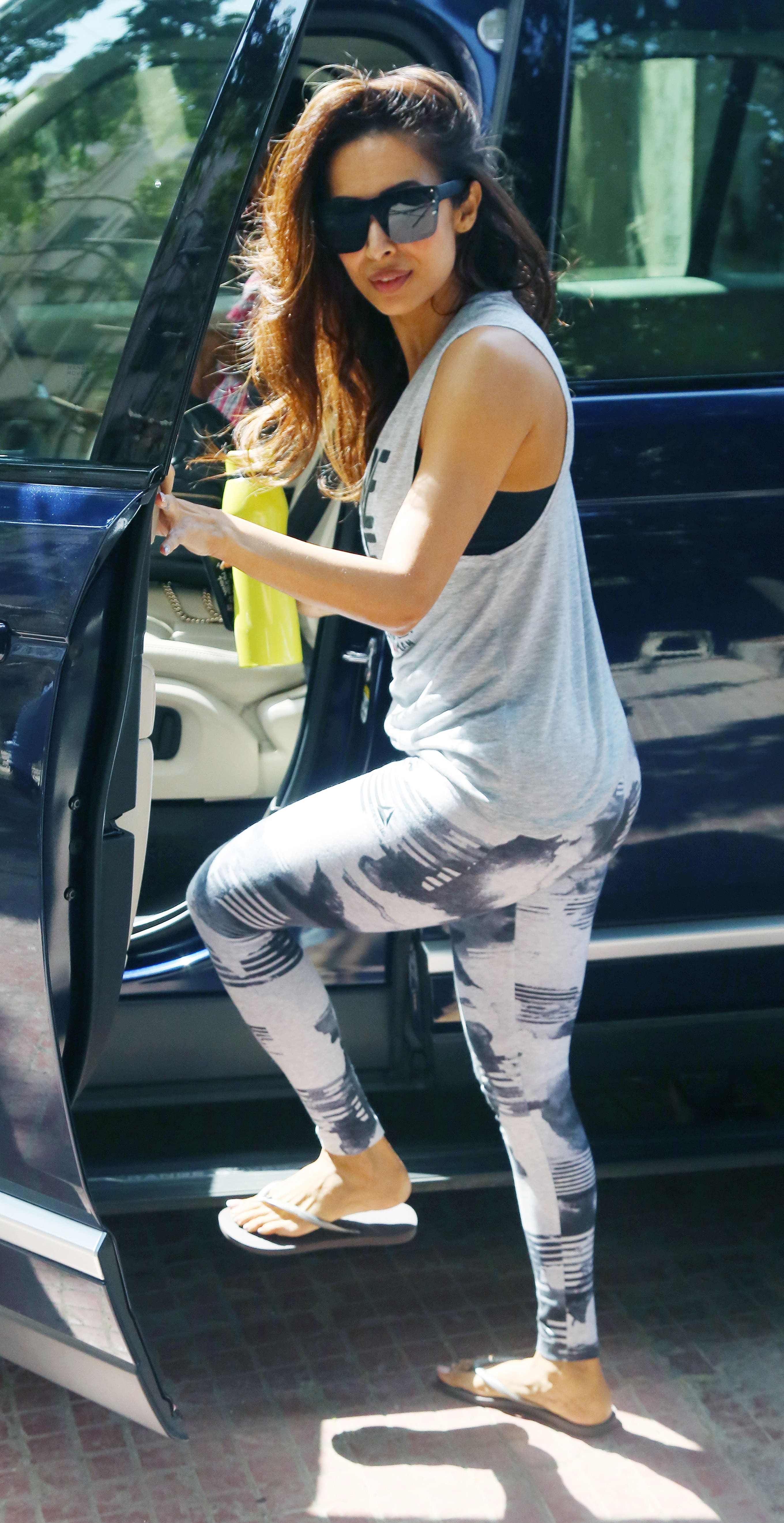 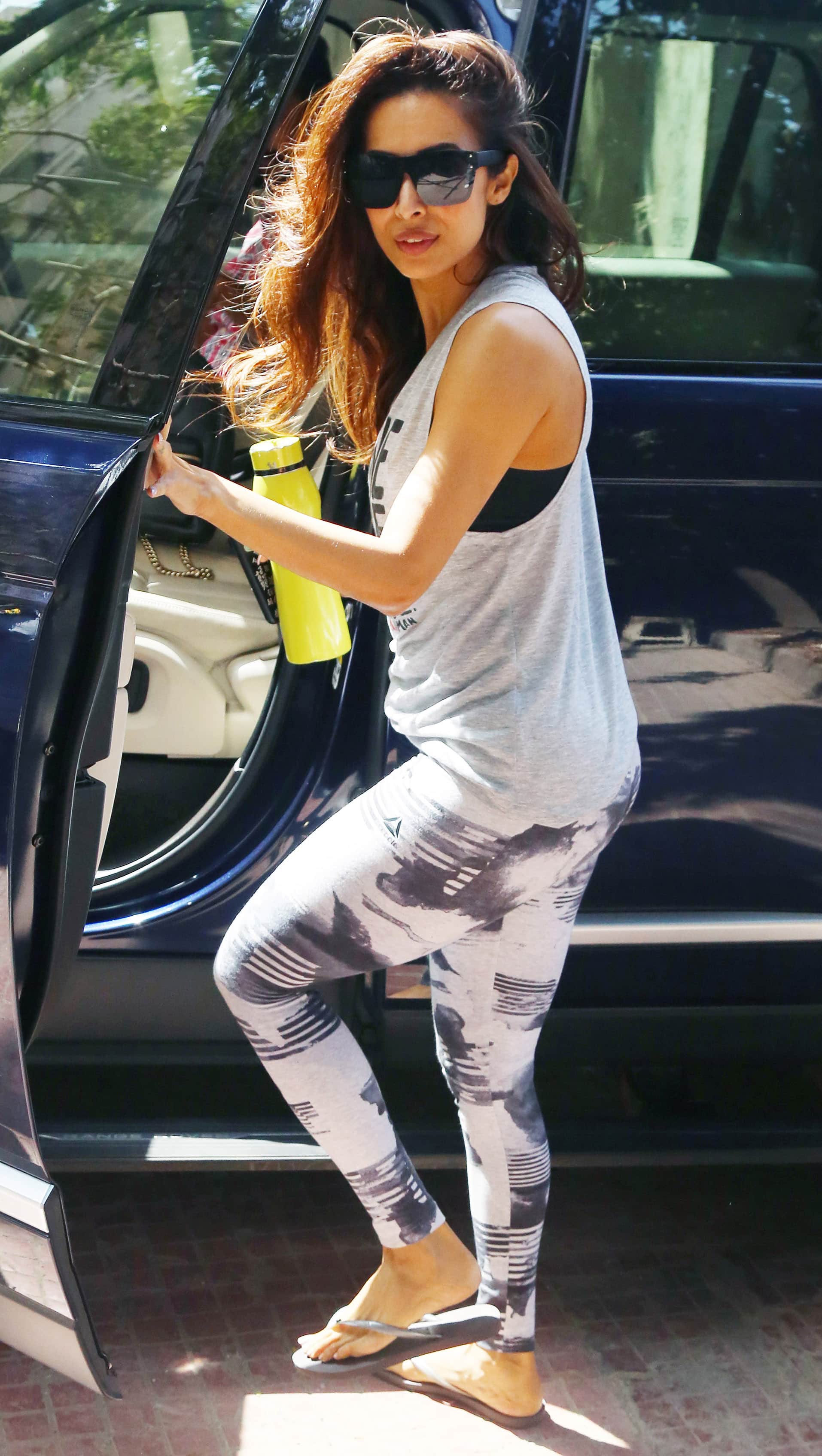 Malaika was seen making an exit from the gym in a white tee she wore with printed bottom and flip-flops. (Photo courtesy: Yogen Shah)

Malaika was currently seen as a judge on popular reality show 'India's Got Talent'. Her 'Toodles' videos, shot by co-judge Karan Johar were quite a hit among her fans.

She recently took social media by storm yesterday when she shared a pic of herself wearing a pendant written 'AM' on it. While we all speculated that the pendant stands for 'Arjun-Malaika', the actress cleared the air that it stands for her own name, that is, Malaika Arora.

Malaika is the talk of the town these days owing to her alleged relationship with Arjun Kapoor.

Reports are that things are getting serious between the two and they might even tie the knot soon. While neither Malaika nor Arjun have confirmed relationship rumours, their Instagram banters and frequent dinner dates tell us that there is more than what meets the eye.