Mandira Bedi says 'my kids are my reason to live, carry on' after husband Raj Kushal's death

Actress Mandira Bedi spoke about how she picked herself up after her husband's demise and revealed her motivation behind waking up everyday striving to be a better person. 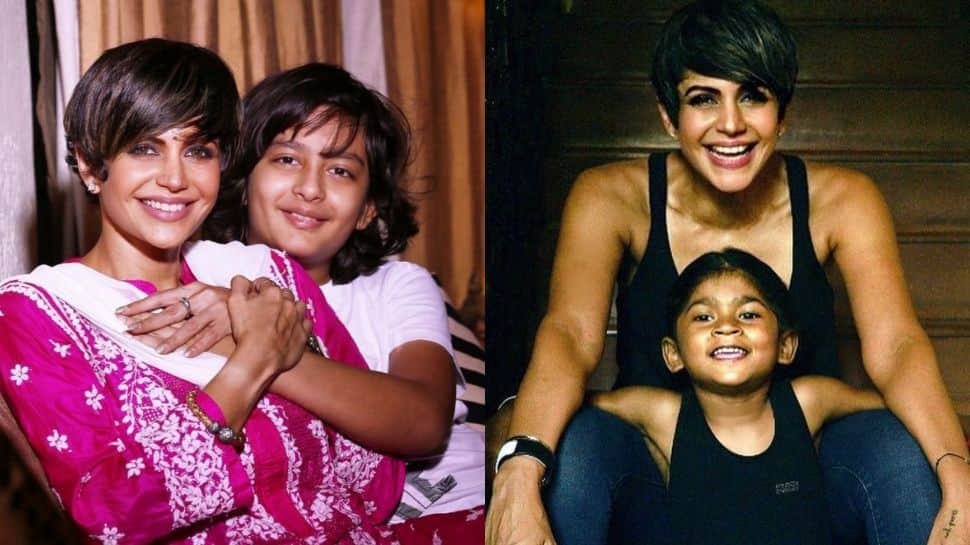 New Delhi: Actor Mandira Bedi says all her energies are directed towards ensuring she is a good parent to her two children, whom she considers her biggest strength and the driving force to become a better person.

The actor-TV presenter, who lost her filmmaker husband Raj Kaushal in June, said her children -- son Vir (10) and daughter Tara (five) -- mean the world to her.

"My motivation to keep working, striving and doing better... My greatest motivation is my children. Everything I do, I do for them. They are my reason to carry on, my reason to live, to do better, to be better. They are the reason that I have courage, strength, the reason for me to earn. I need to be a good parent for them," Bedi told PTI.

The 49-year-old actor has been one of the most prominent faces on television. Though she has featured in films like "Dilwale Dulhania Le Jayenge", and the anthology "Dus Kahaniyaan", she found acclaim and fame on the small screen with hit shows like "Shanti", "Kyunki Saas Bhi Kabhi Bahu Thi" and "24".

Bedi said her career has been full of challenges but she has no regrets as the setbacks have only taught her lessons that success would not have been able to.

"There have been many challenges, the downs have been challenging, there have been difficult times. But the public memory is short. You are known by the last project you have done. By God's grace I have had a lot of work behind me. The ups are wonderful, when you are experiencing them they are great," she said.

"When you are down, they make you appreciate the good times. You learn more from your failures than you do from success. The downs give you perspective in life, that's the way I look at challenges. I have had a lot that I have faced in my life and there is always growth and learning from them," she added.

"The world could do with a lot more positivity, I know I could. Every time I meet any of our guests, the line of questioning is so lovely, upbeat that anyone who is watching it can get that vibration. I feel it when I am hosting it. There is a lot that people have gone through in the last year and a half."

"To know that people who are in the public eye have also struggled and how they have overcome those struggles is something that audiences would love to hear, experience and see," she added.

According to the actor, the show aligned with the kind of work she wanted to do at this stage of her career.

Unlike in her 30s, when Bedi said she was "riddled with insecurities", her current phase is of endless opportunities.

"In my 30s, I was riddled with insecurities, thinking, 'Any minute now, things are going to end.' But in my 40s, I have reached a situation where I feel that, 'I will work and do amazing work till I want to."

Over the years the actor has also transitioned to the digital medium, working on web series like "Smoke" and "Qubool Hai 2.0" and she believes she is in the best phase of her professional life.

"I have got to see change in the way entertainment is consumed, looked at, and evolved. I am blessed to be around at a time like this, there is social media, OTT platforms. There is so much more an artiste can do now. I feel grateful that the best work that is coming my way, is coming now," she added.

Arjun Kapoor hints at going on a digital detox, says ‘time to disappear’