Mandira Bedi, who lost her husband in June, reveals 'it's a long way to go to feel normal again'

On Thursday (September 9), actress Mandira Bedi shared a post on how she's trying to get back on her feet after her husband Raj Kaushal's death in June. 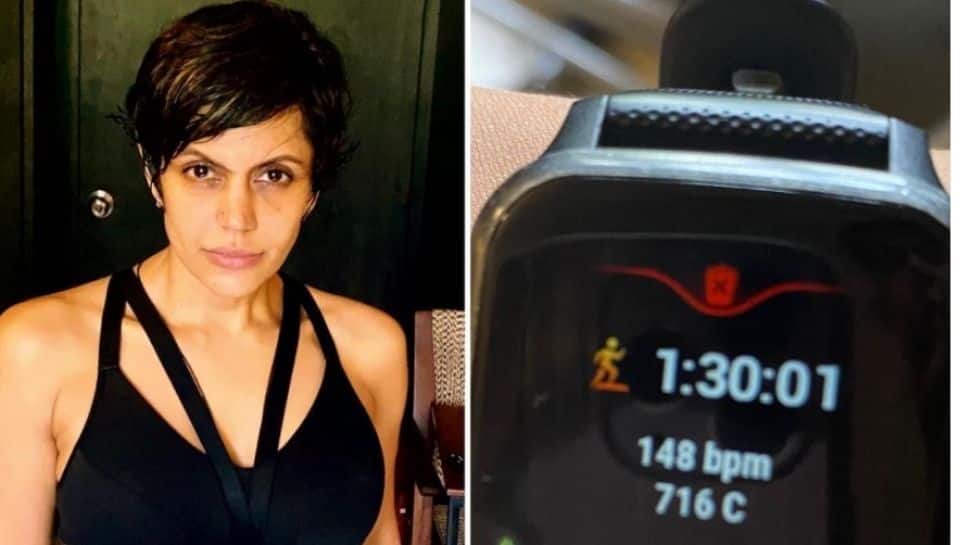 New Delhi: Bollywood actress Mandira Bedi is back on her fitness regime after a long break. Ever since June 30, the actress has been reeling from the death of her late husband Raj Kaushal, who succumbed to a heart attack on the day.

On Thursday, (September 9), the actress took to Instagram to share a picture of herself dressed in workout gear with a glimpse of her fitness watch.

In the caption, she penned a note on how it will take her a long time to feel normal again. She revealed that she tries to find a purpose and positive approach towards each day despite the challenges.

She wrote, "It’s a long way to go to feel normal again. Emotionally, mentally and physically. But I wake up every morning with purpose and aim for as much positivity that I can muster. And in all of this I still practice #gratitude..because there is always, always something to be grateful for. Have a nice day all of you. #nirbhaunirvair."

Mandira's husband Raj Kaushal suffered a massive heart attack on June 30, 2021, and succumbed to it. He was 49.

Raj Kaushal and Mandira Bedi got married on February 14, 1999. The couple has a son named Vir, who was born in 2011 and in October 2020, they adopted a 4-year-old girl child, naming her Tara Bedi Kaushal.

Can't be looking at my life through trolls: Kareena Kapoor Khan