Meezan Jaaferi has finally talked about his dating rumours with Navya Naveli Nanda. 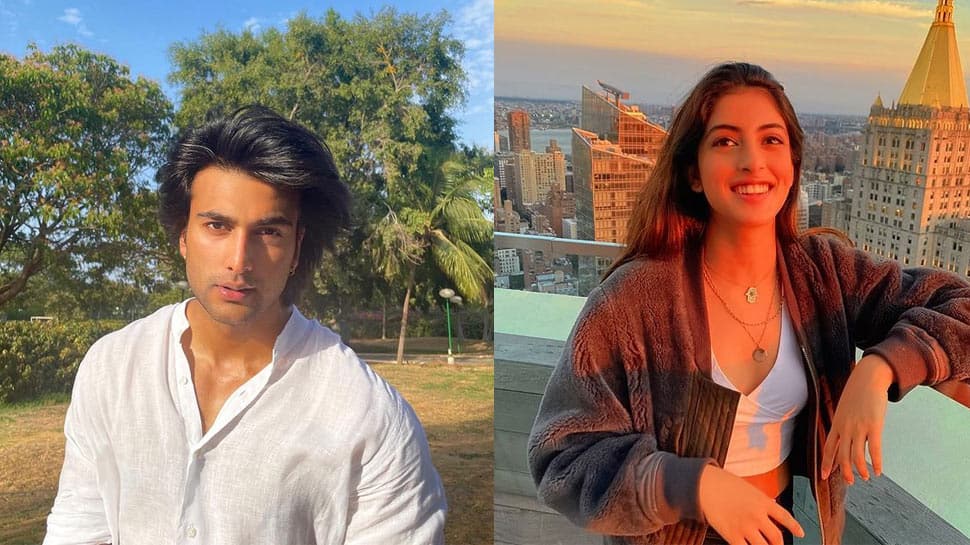 New Delhi: Noted actor Jaaved Jaaferi's son, Meezaan was linked-up with none other than megastar Amitabh Bachchan's granddaughter Navya Naveli Nanda. The rumours of them being a couple went on for a long time. Meezan Jaaferi has finally talked about his dating rumours and denied it.

In an interview with ETimes, Meezaan maintained the 'just friends' stand about Navya Nanda but did spill the beans about feeling awkward while going to Jalsa, because of the rumours and pap culture.

"At that time, it was awkward for me to enter my own house. My parents were giving me looks. And they were like 'what is this?' and I was like 'even I don't know'. I last went there (Jalsa) when they hosted a Diwali bash. The entire industry was there", he said.

Talking about their friendship, Meezaan said that it was because of his sister and Navya are best of friends. "They both studied together in New York, plus, our family- hers and mine- are in movies. So we know each other."

He added, "It's been such a long time since someone asked me about Navya. I was promoting Malaal, it was like boom boom boom, coming my way. But honestly, me and Navya are really close friends and I think because of me, her name has come up in a lot of place and that is unfair. It's her private life. I don't want to include any of her family. It's really unfair to be talking about someone else at this point of time."

Meezaan made his debut along with his co-star Sharmin Segal, niece of filmmaker Sanjay Leela Bhansali in 'Malaal'. The film was directed by Mangesh Hadawale.

Meanwhile, Navya Naveli Nanda kickstarted her own venture - Aara Health - an organisation co-founded by her along with Mallika Sahney⁣⁣, Pragya Saboo⁣⁣ and Ahilya Mehta last year⁣⁣.