Here's everything you need to know 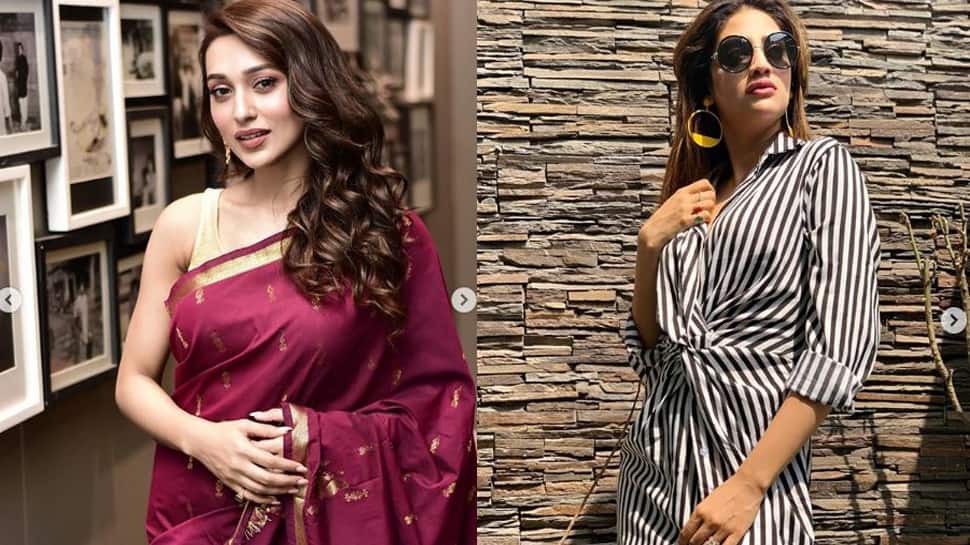 Veteran actor Moon Moon Sen, who is a popular figure in Bollywood too, will lock horns with BJP minister and Bollywood singer Babul Supriyo from Asansol.

Here's looking at Tollywood celebs who are all set to step into their political journey.

Born in Jalpaiguri, Mimi Chakraborty made her Tollywood debut with Bapi Bari Jaa in 2012.  Mimi spent her childhood in Arunachal Pradesh and finished her graduation in English Literature from Kolkata's Ashutosh College.

Although the actress had made her debut on Television in 2008, Mimi got her big break only in 2012.
Her film Bojhena She Bojhena, which also released in the same year, was lauded by the audience and critics alike. It also starred Abir Chatterjee, Soham Chakravarty and Payel Sarkar. The film was the remake of Tamil film named Engaeyum Eppothum.

Model-turned-actress Nushrat Jahan was born Bengali Muslim family in Kolkata. She did her schooling from Our Lady Queen of the Missions School in Kolkata and then completed her graduation in Commerce from Bhawanipur College, Kolkata. Nusrat made her film debut with Raj Chakroborty’s Shotru and later starred in Khoka 420. Mimi has also featured in Sondhe Namar Agey with popular actor Rahul Bose. The actress will be next seen in Seven, which will hit the screens later in 2019.

Veteran actress Moon Moon Sen has starred in Bengali, Hindi, Tamil, Telugu, Malayalam, Marathi and Kannada films. Born to popular actress Suchitra Sen and Debinath Sen, Moon Moon made her cinematic debut in 1984. The actress completed her schooling from Loreto Convent, Shillong and at Loreto House, Kolkata. She did her graduation from Somerville College, Oxford and did post-graduation in Comparative Literature from Jadavpur University, Kolkata.

The actress began her political journey by joining the Trinamool Congress in 2014. Moon Moon emerged a winner in 2014 Lok Sabha Polls when she defeated CPI(M)'s nine-time MP, Basudeb Acharia.

One of the most successful actors in the Bengali film industry, Dev or Deepak Adhikari was born ink Mahisha. The actor-cum-producer made his cinematic debut with Agnishapath in 2005, which unfortunately tanked at the Box Office. However, in 2008, he bounced back with director Raj Chakraborty's action-romance 'Challenge' which became a huge hit in West Bengal, giving Dev a much-needed popularity boost.