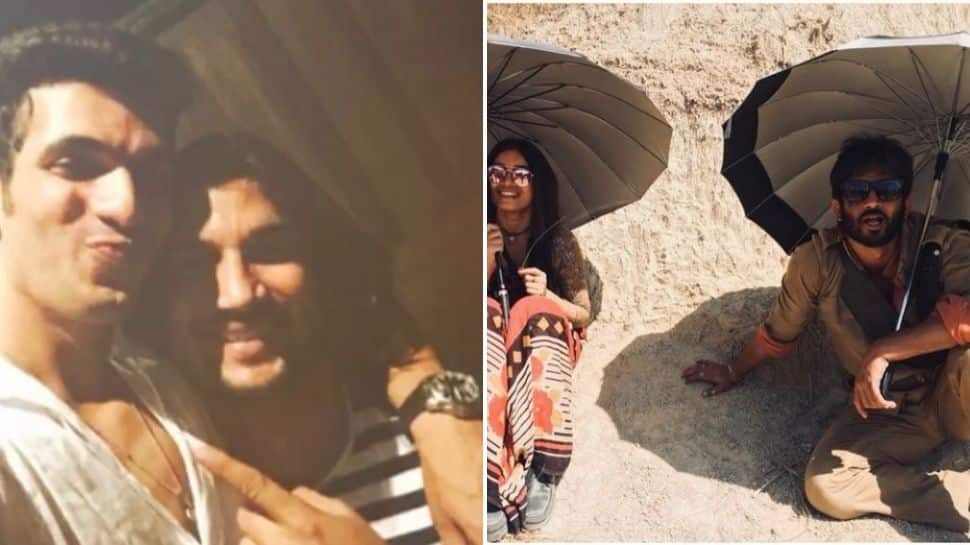 New Delhi:  It's been a year since Bollywood actor Sushant Singh Rajput died (June 14), but his painful demise still weighs heavy on his friends, family and fans.

On his first death anniversary many celebrities have taken to social media to remember the 'Kai Po Che!' actor and his wonderful presence. Actors such as Bhumi Pednekar, Arjun Bijlani, Pulkit Samrat and Ranvir Shorey have shared pictures with the late actor and written about their fondest memory with him.

Have a look at their heartfelt posts:

While the void he left in the Bollywood industry will never be filled, he has left us with many great films, quotes and thoughtful posts to remember him.

On June 14, 2020, Bollywood actor Sushant Singh Rajput was found dead in his Bandra home leaving his friends, family and fans in immense pain. The loss of the talented star left the Bollywood industry in shambles and fans are still mourning his untimely death.

As an actor, Sushant had started on the small screen with his television roles in the 2008 show 'Kis Desh Mein Hai Meraa Dil', followed by Zee TV's popular show 'Pavitra Rishta' by Ekta Kapoor.

Owing to his talent and charm, his performance in 'Pavitra Rishta' alongside Ankita Lokhande led him to reach new heights and gave him immense popularity, opening a gateway to Bollywood.