Mouni Roy flaunts her curves in black and white bikini, sets temperature soaring — Do not miss

The actress is beating the heat in style.

New Delhi: After ruling the showbiz industry for over a decade, Mouni Roy made her big Bollywood debut opposite actor Akshay Kumar in sports drama 'Gold' last year. And since then, there has been no looking back for the actress.

The 'Naagin' actress often sets social media on fire with her posts. Her pictures and videos regularly break the internet, leaving netizens in a tizzy. Mouni has an ocean of fans, with 8.6 million people following her on Instagram. She knows how to keep her fans engaged by making sure to share updates from her life.

In her latest Instagram post, Mouni is seen beating the heat in a black and wine bikini and her picture has set the temperature soaring further in summer. She captioned the picture writing, "It’s a smile, it’s a kiss , it’s a sip of wine , it’s summer time. @olenka_karmalita." 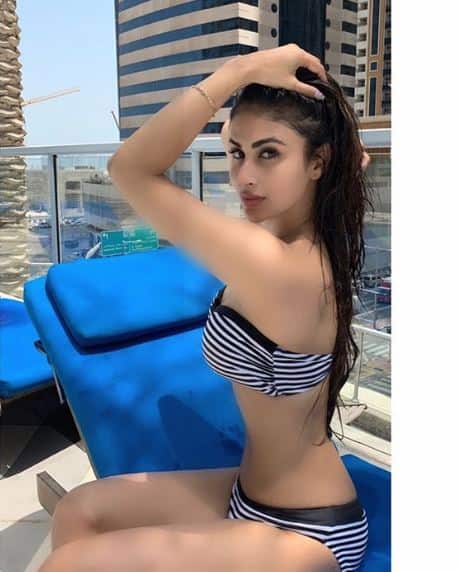 Mouni carved a niche for herself in Indian television world by acting in several daily soaps. The most famous show among them is supernatural-thriller 'Naagin', which had Mouni playing the lead. After working in television for almost a decade, Mouni made a successful transition to the film industry and made her debut with sports-drama 'Gold' last year.

She was recently seen in John Abraham starrer 'RAW: Romeo Akbar Walter'. At present, she is busy with Ayan Mukerji's sci-fi flick 'Brahmastra'. The film stars Ranbir Kapoor, Alia Bhatt, Amitabh Bachchan among other in lead roles. 'Brahmastra' is slated to hit the screens in 2020.

Her other projects include 'Krishna Chali London' and 'Dance Deewane'.