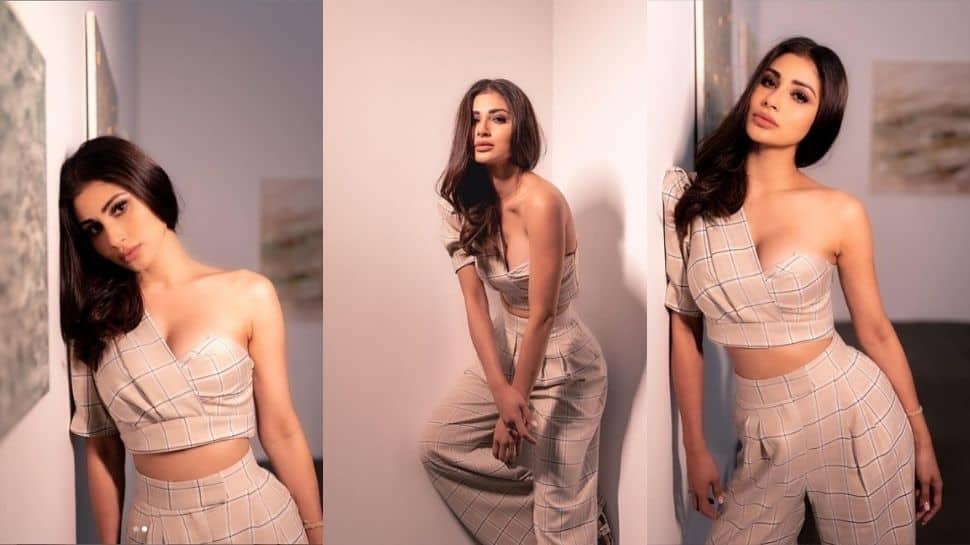 Sharing the first post, she wrote, “I say to my fingers, write me a pretty song
I say to my heart, rave on!!!!!

In another post, she wrote, “Curiouser and Curiouser.. For good vibes & sparkling conversations..”

In the pictures, Mouni opted for a one-shouldered checkered co-ord set and looked ravishing as ever.

Recently, the diva was spotted at Mandira Bedi's house for a prayer meet dedicated to her husband and filmmaker late Raj Kaushal.

On the workfront, Mouni will be next seen in 'Brahmastra'. The film happens to be the first part of the trilogy, produced by Dharma Productions. Mouni, who won a million hearts as 'Naagin' in small screens will be seen playing a negative role in Ayan Mukerji's 'Brahmastra'.

Fans are now eagerly waiting for her next big film 'Brahmastra' which stars Amitabh Bachchan, Ranbir Kapoor and Alia Bhatt in lead roles.