The right kind of red lip shade can accentuate your entire wardrobe and this picture is solid proof of it.

New Delhi: The popular telly face Mouni Roy made a smashing debut in tinselville last year with Reema Kagti's 'Gold' starring Akshay Kumar in the lead role. The film did well at the Box Office and opened several doors for the television's favourite Naagin.

Mouni has some plum deals in her kitty and makes sure to remain one of the most sought after B-Town celebs on social media as well. Her pictures and videos often keep the fans elated.

In one of her recent Insta posts, the stunner of an actress can be seen posing in a royal blue top with flower motifs on sleeves. The enchanting look is highlighted with her bold red lips. 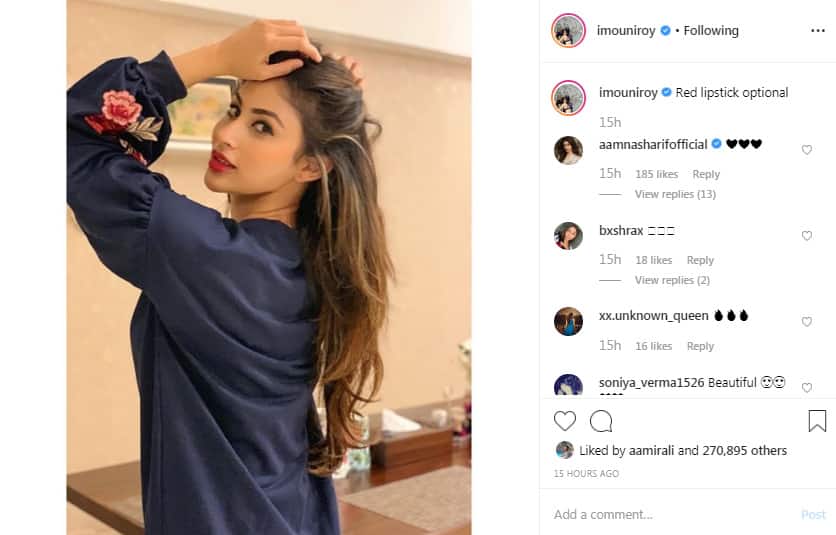 The right kind of red lip shade can accentuate your entire wardrobe and this picture is solid proof of it.

On the work front, she was last seen in John Abraham starrer 'RAW'—Romeo Akbar Walter. The bong beauty will next be seen in Ayan Mukerji's directorial 'Brahmastra' where she is set to entice the audience in a negative role. This is the very first time that the Bong beauty will essay a grey shade character.