Moushumi Chatterjee's son-in-law to file defamation case against her

Moushumi Chatterjee's son-in-law Dicky Sinha has declared he will file a defamation case against the veteran actress next month. 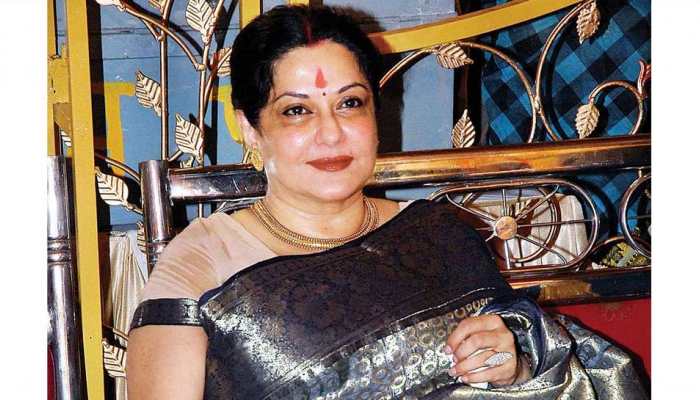 New Delhi: Moushumi Chatterjee's son-in-law Dicky Sinha has declared he will file a defamation case against the veteran actress next month.

Sinha's decision is a fallout of Moushumi's decision after the recent demise of her elder daughter Payal on December 13. Dicky Sinha was the late Payal's husband, and Moushumi had recently said she planned to sue Payal's in-laws, including Dicky Sinha, for neglecting her health and not paying her medical bills.

During her daughter's prolonged illness, the actress had to endure legal battles over her custody.

Now, Sinha claims Moushumi's allegation is false and that he will file a case against her for defaming him and his family.

"I was quiet all this while because I did not want my focus to shift from taking care of my ailing wife Payal. I waited for so many hours and sent her maternal people SMSes, so that they could attend her funeral," claimed Sinha, a businessman.

He added: "I have to finish all the rituals, which will take some time. I have to go to Triveni after 40 days to submerge Payal's ashes in the Ganga. I want my wife's soul to rest in peace. Then I will go ahead and file a defamation case against Moushumi Chatterjee in January."

Payal had Type 1 diabetes and was undergoing treatment for a long time. She was reportedly in coma since last year. Dicky Sinha has claimed that Moushumi didn't visit her ailing daughter in the hospital.

"While Payal was ailing and the doctors had informed us of her serious illness, her mother hardly visited her. Her sister and father would come often and visit Payal." The businessman has also dismissed allegations that he did not pay Payal's medical bills.

He also seems to suggest that all was possibly not right between mother and daughter. "She did not get that love from her mother, but she was regularly in touch with her father. They had some issues that can be double-checked with any of their relatives. Perhaps there was some difference with Moushumi. Payal lived with her her dad until she got married to me and started living with me," Sinha claimed.

Payal had tied the knot with businessman Dicky Sinha in 2010. The duo met through social media and married after after a period of friendship.