The internet has been bombarded with FaceApp selfies and pictures and the trend is keeping Bollywood celebrities busy. 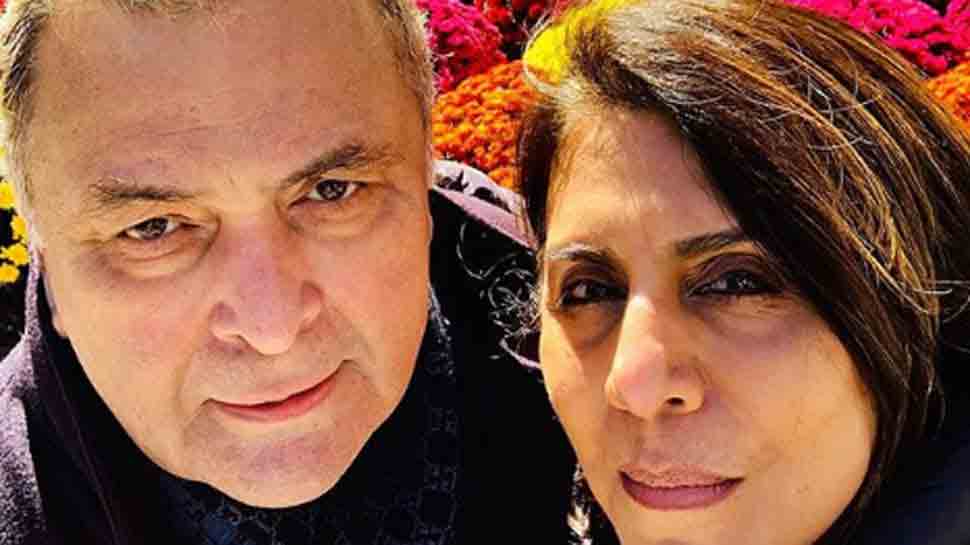 New Delhi: With Bollywood celebrities going gaga over FaceApp challenge and sharing their edited grey-haired pictures, Neetu Kapoor took a hilarious dig at the challenge and labelled it as 'exaggerated'.

Contrary to grey-haired and wrinkle-faced, as the FaceApp shows a person, the latest picture shows him healthy, almost without grey hair and no wrinkles.

This pic proves Faceapp is so exaggerated _

The couple is in New York for quite some time now for Rishi's treatment of an unknown condition.

The actor has been visited by an array of celebrities including Malaika Arora, Arjun Kapoor, Karan Johar, Deepika Padukone, Shah Rukh Khan, Aamir Khan, and Priyanka Chopra among others during his treatment in New York.

Rishi was most recently seen in 'Jhootha Kahin Ka' which had hit the theatres on July 19.

Helmed by Smeep Kang the film is produced by Anuj Sharma and Deepak Mukut under the banner of Shantketan Entertainments and presented by Soham Rockstar Entertainment.