Never wanted to be a hero's sidekick, says Kangana Ranaut

She has been variously tagged the "Queen" of Bollywood, "box-office dynamo" and "one woman army", and habitually takes on Bollywood's bigwigs. Three-time National Award-winning actress Kangana Ranaut makes no bones about ruling the industry with her craft, and says she always wanted to be somebody who is not a hero's sidekick. 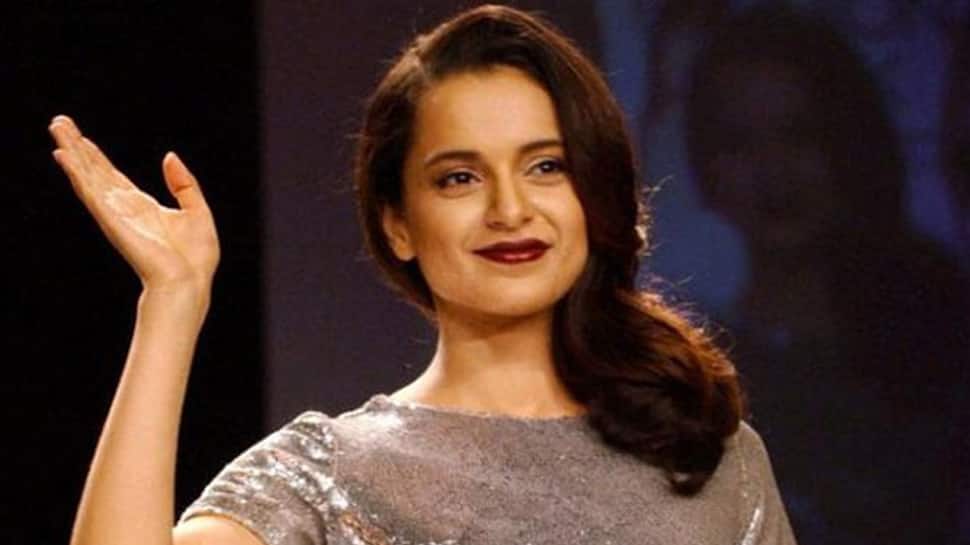 New Delhi: She has been variously tagged the "Queen" of Bollywood, "box-office dynamo" and "one woman army", and habitually takes on Bollywood's bigwigs. Three-time National Award-winning actress Kangana Ranaut makes no bones about ruling the industry with her craft, and says she always wanted to be somebody who is not a hero's sidekick.

Kangana ventured into the sparkling world of cinema as a teenager with filmmaker Mahesh Bhatt's "Gangster" in 2006. Years later she would feature in movies that she has carried on her shoulders, such as "Queen", the "Tanu Weds Manu" franchise and "Manikarnika: The Queen Of Jhansi".

Do the labels pressurise Kangana?

"I don't think so. When you finally get what you seek and what you long for, you shouldn't take it as a liability, isn't it? I have always wanted to be somebody who is not the hero's sidekick because when there is a big hero in the film you are just a sidekick. So, now that the time has come, I don't see it as a liability," Kangana told IANS.

In her 13 years in the industry, she has done films that are as different as chalk and cheese. Despite being a success story in Bollywood as an actress, her career is not defined by the quintessential masala entertainer with song-and-dance sequences.

"Well, there is nothing wrong in singing and dancing. But if the other gender is ridiculed and made to look like a lesser being or an accessory to make you look good, then it is a problem because you are the one who is being enhanced," said the actress, who will soon be seen in a female-centric actioner titled "Dhaakad".

The 32-year-old star, who has often been called controversy's favourite child, finds gender inequality in singing and dancing around the trees.

"There is a lot of gender inequality even in singing and dancing around the trees. I wouldn't mind doing a musical and I have done a film like 'Rangoon', where a lot of singing and dancing was involved but I was not just in the frame to make someone look good with my frock or my flying hair I don't like that kind of inequality," she said.

Kangana's last release was "JudgeMentall Hai Kya", where she played the role of an obsessive girl named Bobby Grewal.

Talking about resonating with her character in the film, Kangana had called herself obsessive.

"I get obsessed with an idea or a plan or if I am in a relationship I get obsessed. I am a very obsessive person," she added.