Paresh Rawal is a kid at heart: Kriti Kharbanda

Actress Kriti Kharbanda says even though Paresh Rawal might come across as an intimidating person, the veteran actor is quite approachable and easy to work with. 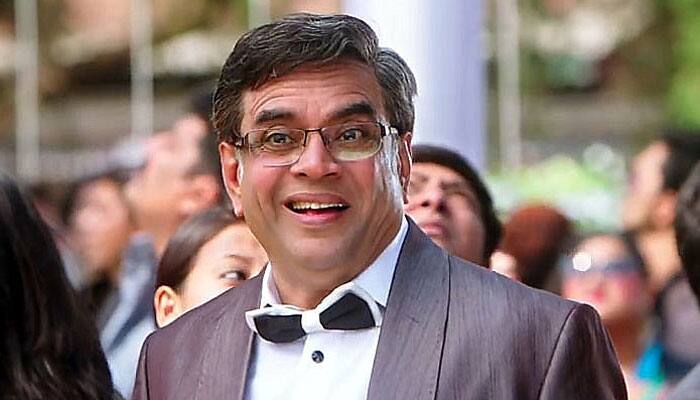 Mumbai: Actress Kriti Kharbanda says even though Paresh Rawal might come across as an intimidating person, the veteran actor is quite approachable and easy to work with.

The actress will be seen alongside Kartik Aaryan in the upcoming comedy "Guest iin London", where Rawal plays an unwanted guest in their house.

Kriti says before she started shooting for the film, she was nervous as Rawal is known for his impeccable comic timing.

"I thought it will be intimidating (working with Rawal) but fortunately it wasn't. It was great. He is a kid at heart. He is very funny in real life. As a person, he may come across as someone who is intimidating but isn't like that at all. He is approachable and very easy to be with," Kriti told PTI.

"Doing comedy was liberating in a way. I had just come off from a horror film. To come into something which is light-hearted, helped ease my nerves. It was a great shift of energy.

"Comedy is not an easy genre. I wanted people to believe I could do horror, the psycho girl you would be afraid of and also be this extremely lovable girl, which is a lot like me," she says.

The actress says she was disappointed when "Raaz Reboot" did not fare well at the box office.

"It (failure) did hurt me a little bit. It is very upsetting when something doesn't pan out the way one hopes for. But I also know that wasn't in my hands. I had to move on. If I hadn't, I wouldn't have signed 'Guest iin London', a week after the release."

The film helmed by Ashwni Dhir, also stars veteran actress Tanvi Azmi and is scheduled to release on June 16.