The actor seemed quite literally on the edge of her seat as she jetted off to Hyderabad on Wednesday for a rendezvous with the shuttler Saina Nehwal, whose role she is set to essay in the upcoming biopic. 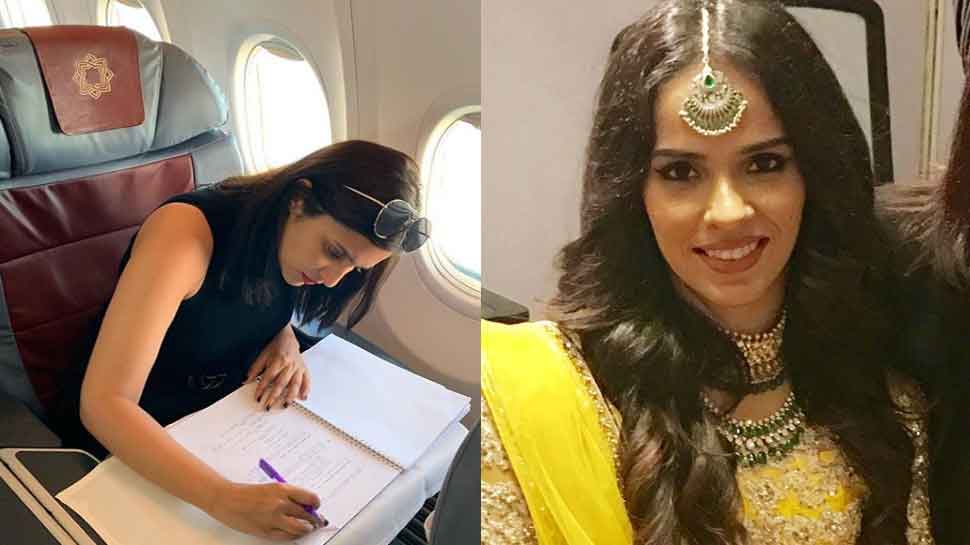 New Delhi: Not only she has proved her acting prowess but Parineeti Chopra is one hard-working girl of which her latest Instagram post is proof!

The actor seemed quite literally on the edge of her seat as she jetted off to Hyderabad on Wednesday for a rendezvous with the shuttler Saina Nehwal, whose role she is set to essay in the upcoming biopic.

Parineeti shared a still of her captured in the flight, where she is seen engrossed in reading something from a notebook. Captioning the picture she wrote,"Doing my homework before I reach."

Going by the post, it seems the 'Jabariya Jodi' star is leaving no stone unturned to bring out Sania on screen. Most likely, Parineeti is preparing for an interview with the badminton player which she hinted with #100QuestionsReady at the end of her post.

She has recently wrapped up filming for the 'The Girl on The Train' and has been sweating it out on the ground for the forthcoming biopic on Nehwal.

Moreover, Parineeti along with "mini didi" Priyanka Chopra is all set to lend their voices to Anna and Elsa in the Hindi version of Disney's 'Frozen 2'.

Opening about working first time together onscreen with sister, Parineeti said, "This relationship of Anna and Else in 'Frozen 2' is exactly what Mimi Didi and I share - it's a unique and strong bond that I have with my sister, Priyanka Chopra."Directed by Jennifer Lee and Chris Buck, the film will hit big screens on November 22.