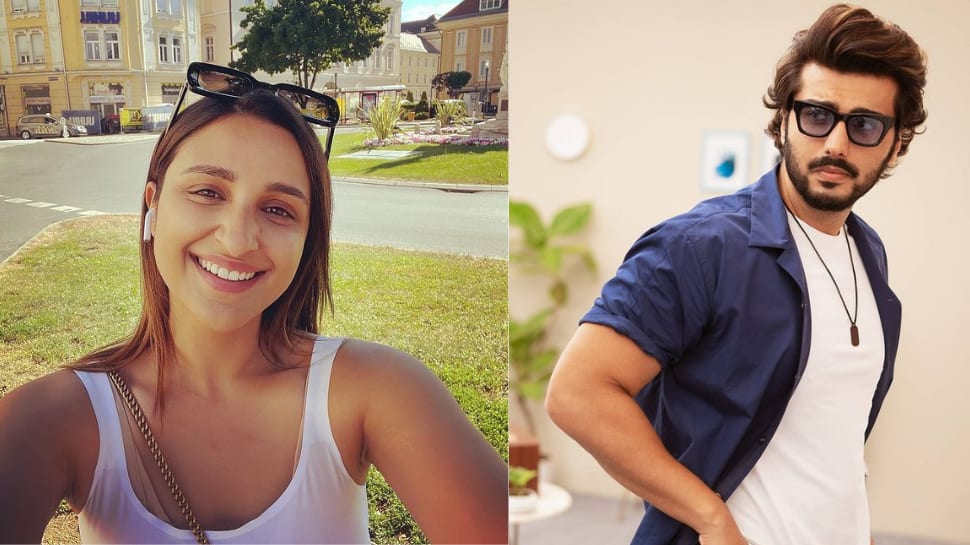 New Delhi: Actress Parineeti Chopra is enjoying a long vacation and keeps making all of us jealous by uploading stunning photos on her Instagram. The actress was earlier enjoying in Turkey and is now in beautiful Austria.

Commenting on her post, Arjun Kapoor asked the actress to become his photographer. “I’ll give u my camera u take mine also,” commented Arjun.

Earlier, the actor posted a picture of himself with Jaguar’s Land Rover Worli in which he looked thinner than earlier. “Thin,” wrote Ekta Kapoor with a heart emoji in the comment section. “Fit and hit,” commented Akanksha Ranjan Kapoor.

Both Parineeti and Arjun have faced body weight issues in their lives and have worked really hard to shed extra kilos.

Arjun also made his Bollywood debut opposite Parineeti Chopra in Yash Raj Productions ‘Ishqzaade’ in 2012. It was also Parineeti’s first time playing a central character. The duo reunited in 2018 for ‘Namaste England’.

This year, their third film together ‘Sandeep Aur Pinky Faraar’, directed by Dibakar Banerjee, was released on Amazon Prime Video. The film has received rave reviews from both the critics and the audiences.

These films have helped the actress' career take a positive turn as she had not given hits or a critically acclaimed performance for sometime now, before them.