Arjun Kapoor and Malaika Arora are having the best time of their lives in New York, where they celebrated the actor's 34th birthday. Malaika recently made her relationship with Arjun Instagram-official with a lovely post for him.

New Delhi: Arjun Kapoor and Malaika Arora are having the best time of their lives in New York, where they celebrated the actor's 34th birthday. On the special day, Malaika, who hasn't really spoken up about her rumoured romance with Arjun, at least made it Instagram-official with a lovely post for him.

"Happy birthday my crazy, insanely funny and amazing, Arjun Kapoor... love and happiness always," she wrote, adding a sun-kissed picture of them holding hands. This was the first picture of them together, posted by the either of the two.

Ok then, we will now dispense off the word 'rumoured' and address them as a couple.

The couple has been joined by Arjun's uncle Sanjay, his wife Maheep and children Shanaya and Jahaan in New York and here's a picture of them from the Big Apple. Interestingly, Maheep has captioned the picture of Malaika, Arjun and Jahaan as "Jai Hind", alluding to the colour of their outfits - saffron, white and green. Take a look.

And, here's how Malaika is "basking in neon" in NYC.

Malaika, why so chic?

Take a look at what Arjun posted from New York. 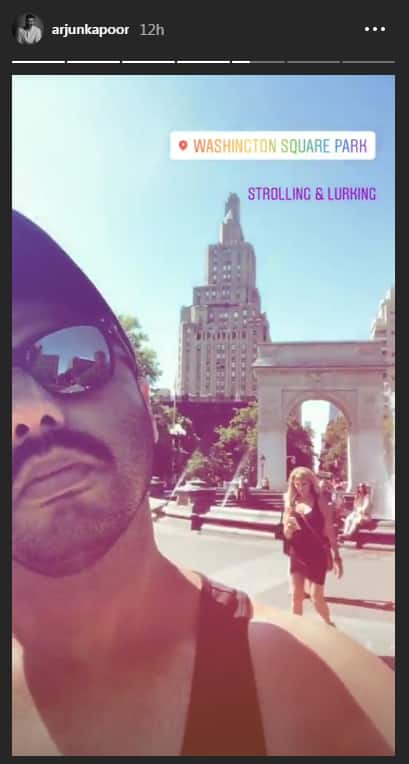 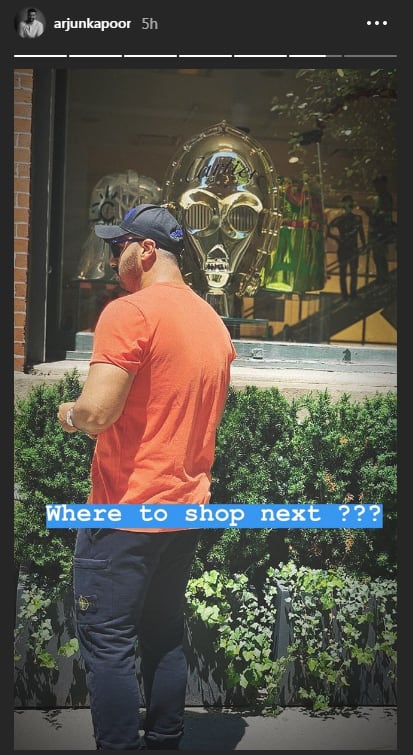 The couple flew to New York two days ahead of Arjun's birthday. They grabbed eyeballs at the Mumbai airport as they were pictured together.

Arjun and Malaika's romance has been trending on and off since they were spotted sitting next to each other at a fashion show in 2018. Since then, they have been spotted together at many dates and parties. However, they never acknowledged that they are dating each other.

On 'Koffee With Karan 6', when Arjun shared the couch with sister Janhvi, he did admit that he is in a relationship but didn't reveal the name of his partner.

Meanwhile, on the work front, Arjun is shooting for Ashutosh Gowariker's period-drama 'Panipat' with Kriti Sanon. He was last seen in 'India's Most Wanted' and 'Sandeep Aur Pinky Faraar' is his next release.