Bollywood superstars Shah Rukh Khan and Aamir Khan met PM Narendra Modi at an event celebrating 150 years of Mahatma Gandhi. The event was being held at Prime Minister's residence and was attended by several B-Town celebs. 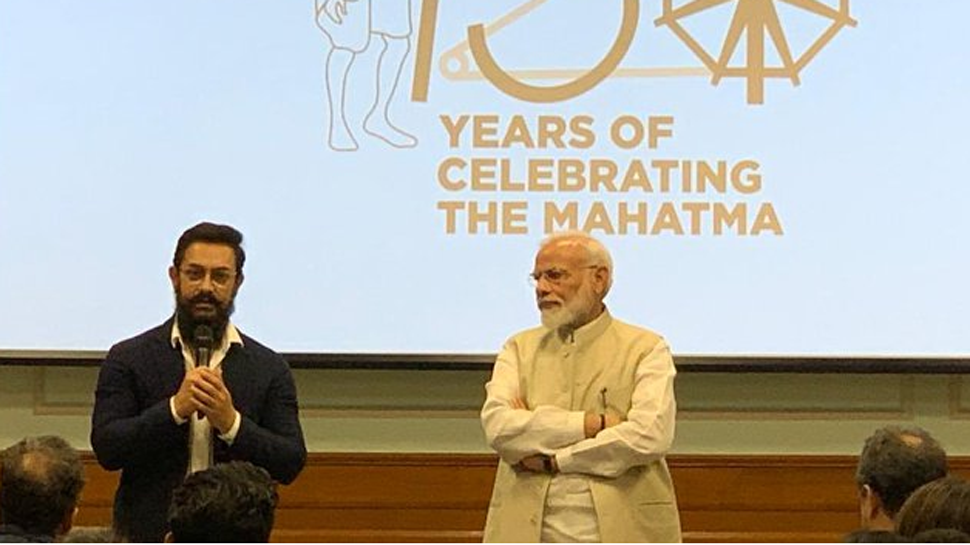 Speaking at the event, Shah Rukh Khan was quoted by ANI as saying, "I would like to thank PM Narendra Modi for bringing us all together, that too for a cause such as this (Mahatma Gandhi). I feel we need to re-introduce Gandhi Ji to India and the world."

Office of the Prime Minister: PM Modi is interacting with members of the creative & entertainment world on ways to mark 150th birth anniversary of Mahatma Gandhi. The interaction is being held at 7, Lok Kalyan Marg, New Delhi. pic.twitter.com/7QI4P0Q2KH

While Aamir said, "First and foremost, I want to appreciate PM Narendra Modi for thinking about this effort (further popularising the ideals of Bapu). As creative people, there is much we can do. And, I assure the PM that we will do even more."

Addressing the gathering, PM said, "The power of creativity is immense and it is essential to harness this spirit of creativity for our nation. Several people from the world of films and television have been doing great work when it comes to popularising the ideals of Mahatma Gandhi. "

Apart from Shah Rukh and Aamir, the event was graced by many popular names from the entertainment industry. In the picture shared by the news agency, Sonam Kapoor, Ashwini Iyer Tiwari were seen at the august gathering.