Post split from Angelina Jolie, Brad Pitt focusing on himself

More than two years after Angelina Jolie and Brad Pitt filed for divorce, the two are now legally single again. 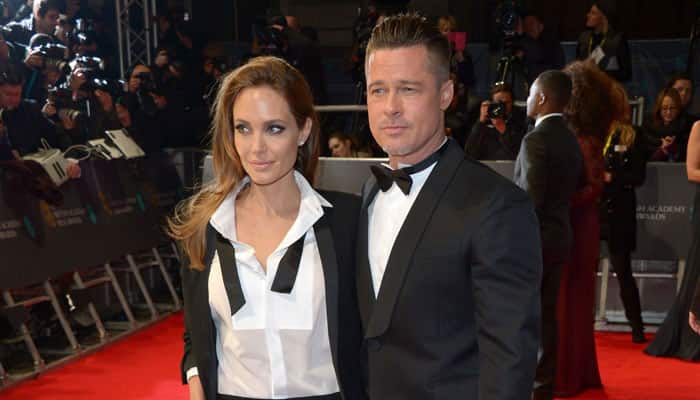 Washington DC: Post an all-consuming divorce battle with Angelina Jolie, Brad Pitt is focusing on himself.

According to a source, the actor has immersed himself in sculpting and the art is helping him heal. "It`s very therapeutic for him; it`s his go-to outlet," a source told Us Weekly.

Adding that the activity which started off as a means of therapy has now become a huge passion, the source said, "He can get caught up in it and carried away to the point where he doesn`t want to stop."

Now that the storm has settled, Brad is focusing on being a good father to his children. Brad and Jolie share six children together: Maddox, Pax, Shiloh, Zahara, Vivienne, and Knox. After going through an unpleasant custody battle, Pitt is now spending some quality time with them.

"They do simple things like cook or watch movies. He encourages them to pursue their hobbies. They love to hang out and talk. Brad talks to them about whatever is on their minds -- he`s a great listener," a source told Us Weekly.

The source claimed that the co-parenting is working out for the two and his children are the topmost priority for Pitt right now.

"He`s grateful that all the animosity is in the past. (The kids) come first. That`s what he`s most excited about -- being a dad and sharing his life with his children.

"Jolie and Pitt had met on the sets of 2005 thriller `Mr & Mrs Smith` and got married in 2014. Jolie filed for divorce in September 2016 citing incompatibility and irreconcilable differences. It was also alleged that Brad misbehaved with their son Maddox.