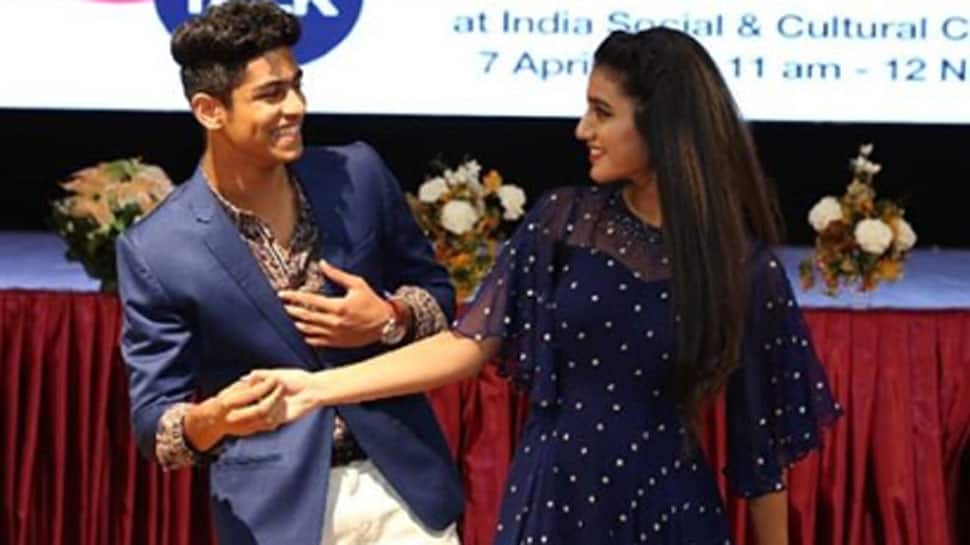 New Delhi: Internet sensation Priya Prakash Varrier became an overnight star after her famous 'wink' from the movie 'Oru Adaar Love' went viral on social media. She was seen with co-star Roshan Abdul Rahoof in the song which sent the netizens into a tizzy.

Now, Priya, who is an avid social media user, recently shared a picture with Roshan on Instagram and we must say it calls for a freeze frame. The lighting is perfect and somehow the picture comes across as a nice click while the two are looking at each other. Check it out here:

The picture is liked by as many as 608,870 users, making it a viral picture on social media platforms.

Priya, meanwhile got her instant fame after a small clip from her debut Malayalam film 'Oru Adaar Love' went viral last year. It was a clip taken from the song 'Manikya Malaraya Poovi' where she got the big thumbs up from the viewers for her expressions and her 'winking' act won many hearts.