Priyanka is currently stationed in London, UK. The actress has been spending a lot of time in the UK since the last six months due to work-related commitments. She was also seen attending the Wimbledon match recently. 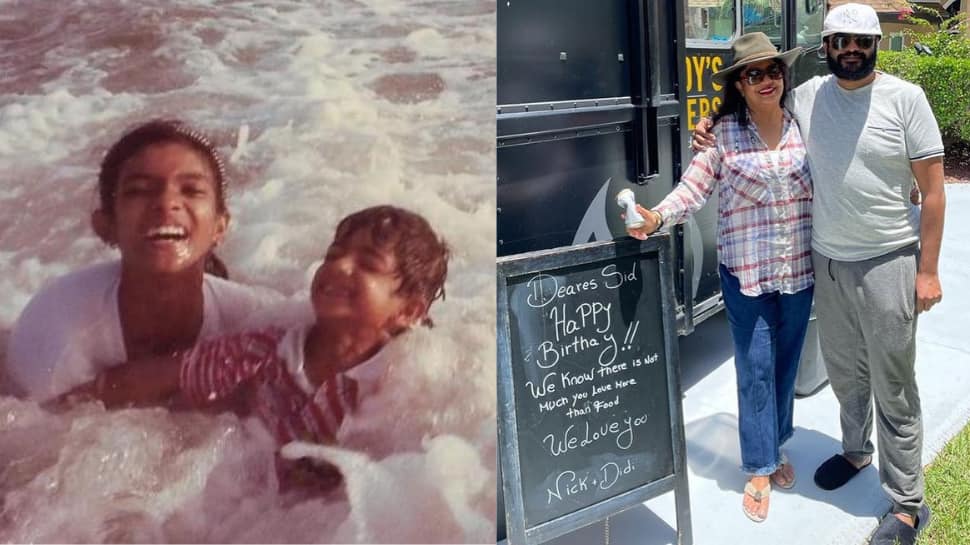 New Delhi: Actress Priyanka Chopra Jonas is the best elder sister around. The star, who is known to be very close to her family, took to her Instagram account to wish her younger brother Siddharth Chopra on his birthday.

The actress shared a beautiful picture of herself and Siddharth from their childhood, in which they both are playing inside a water body.

Priyanka shared another photo of Siddharth and her mother Madhu standing next to a blackboard which has a message from the star and her singer husband for the birthday boy.

“Deares Sid Happy Birthay!! We know there is not much that you love more than food We love you Nick + Didi”. In the background a black food truck, which may have been sent by Priyanka and Nick was standing.

"Happy Birthday Sid! Love you and wish I was there to celebrate you wishing u so much joy and laughter @siddharthchopra89," the 38 years old captioned her post.

‘The White Tiger’ actress is currently stationed in London, UK. The actress has been spending a lot of time in the UK since the last six months due to work-related commitments. She was also seen attending the Wimbledon match recently.

Priyanka will next be seen in spy thriller series ‘Citadel’, rom-com ‘Text For You’ and ‘Matrix 4’. The global star will also feature in an Indian wedding comedy, which she co-produces with Mindy Kaling.