The actress was seen arriving in her city in an absolutely comfortable yet stylish look. 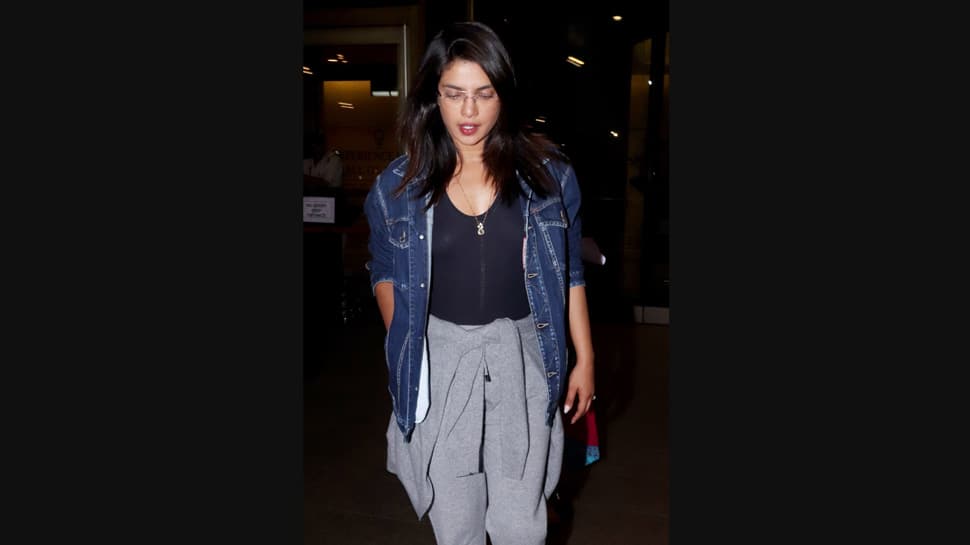 New Delhi: Global icon Priyanka Chopra Jonas is one hell of a busy bee. She is often seen juggling between Mumbai, New York and Los Angeles for her personal and professional commitments.

Priyanka, who recently created a stir with her red carpet look at the screening of Jonas Brothers documentary film 'Chasing Happiness' in Los Angeles, was spotted arriving in Mumbai. The actress was clicked by the shutterbugs arriving in the city in the wee hours on Thursday.

She was seen sporting a black tee with a denim jacket and a pair of grey joggers. She tied a grey jacket around her waist and was also seen wearing her mangalsutra. She completed the look with grey footwear and spectacles.

Well, the actress rocked the comfy chic look on the runway. Take a look at her photos below: 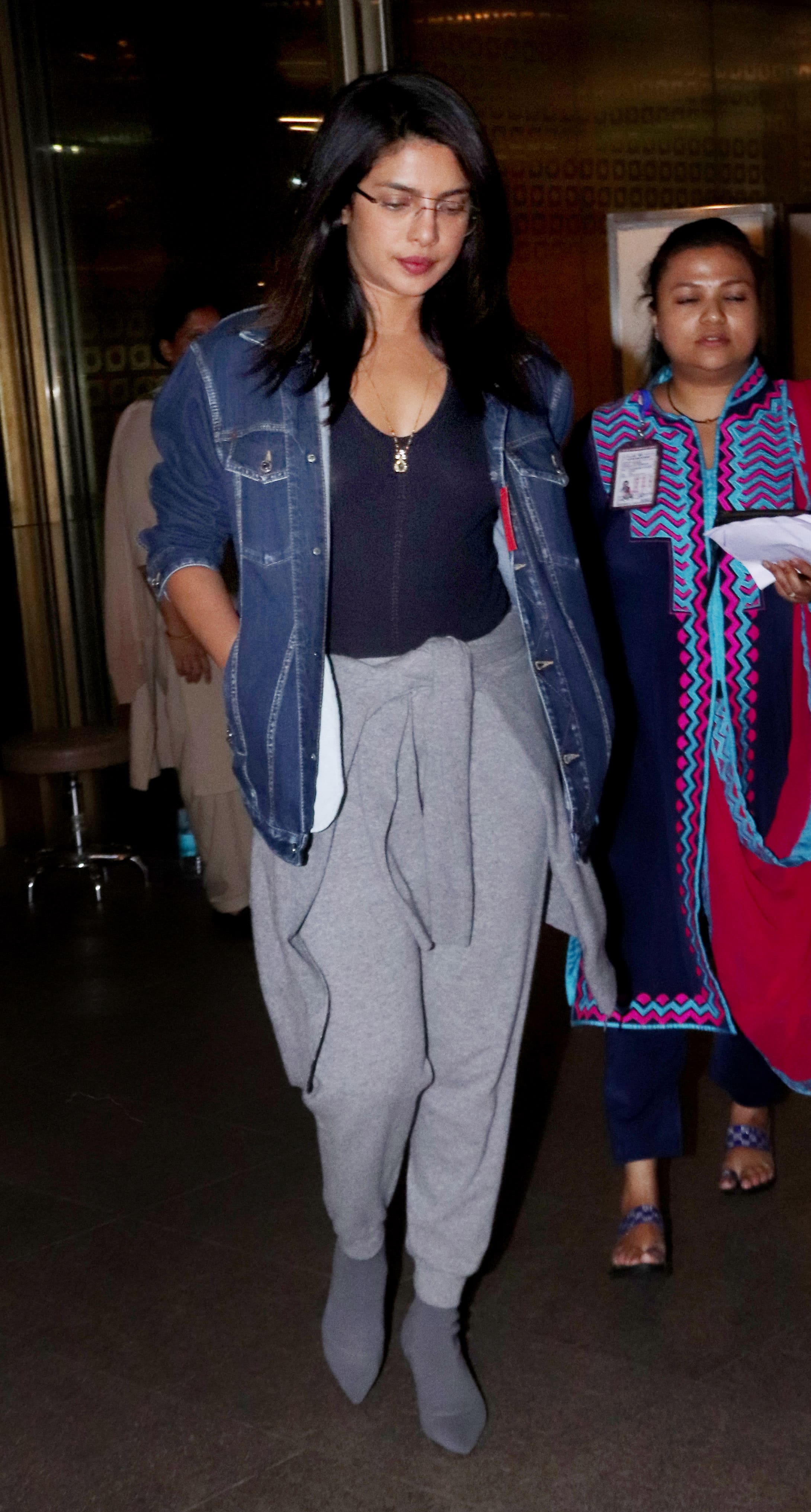 On the work front, Priyanka is all set for her upcoming film 'The Sky Is Pink'.

Helmed by Shonali Bose, the film is based on the life of motivational speaker Aisha Chaudhary who was diagnosed with Pulmonary Fibrosis. The film also stars Farhan Akhtar and Zaira Wasim in key roles.