Priyanka Chopra, Deepika Padukone bring the house down at Met Gala after party 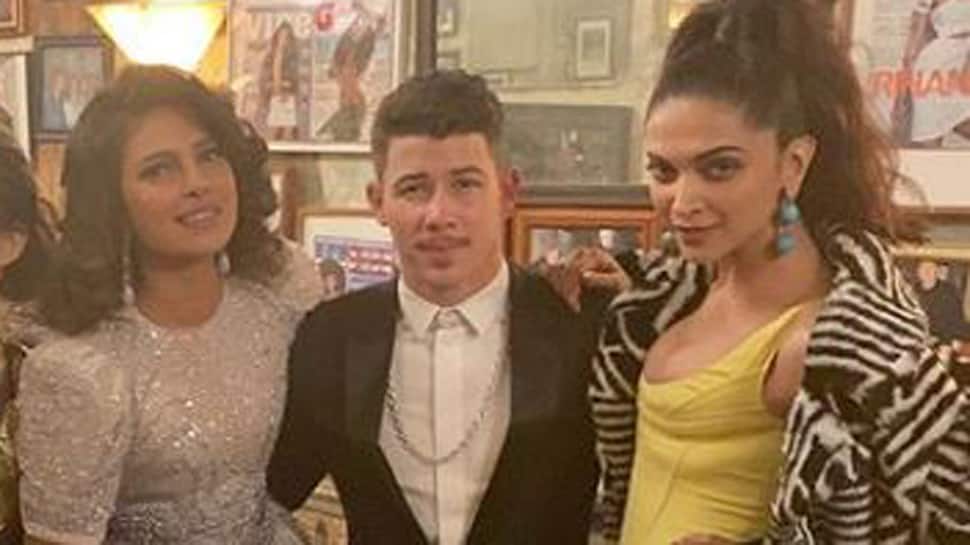 New Delhi: Bollywood diva Priyanka Chopra, who left the tongues wagging with her dramatic look at the Met Gala 2019, has shared a milllion dollar picture from the Met Gala after party. The picture is more special for all her Indian fans because it unites 'Kashibai' Priyanka and 'Mastani' Deepika Padukone but there is no Ranveer Singh as Bajirao because there is Nick Jonas striking a cool pose with the gorgeous ladies.

Sharing the picture on Instagram, Priyanka wrote, "Charlie and the Indian angels end the night .. #metgala2019."

All eyes were on the leading ladies Deepika and Priyanka, who completely stole the show with their looks. Although Priyanka's quirky look gave birth to a lot of memes on social media, fans suggested Ranveer Singh as the right choice for Met, not Deepika as her look was considered too 'bland.

Priyanka, who donned a Dior dress, was pretty much in sync with this year's Camp theme while Nick thoroughly complimented his darling wife in an-white suit from Dior Men and paired them with a blingy pair of shoes. However, it wasn't PeeCee's sheer dress that caught everyone's attention but her quirky hairdo. The actress donned a towering crown that had everyone talking.