Priyanka Chopra is promoting her upcoming film with full gusto and looks gorgeous in a polka-dot saree in the latest pics. The actress completed her look with a bold, red lipstick and traditional earrings. 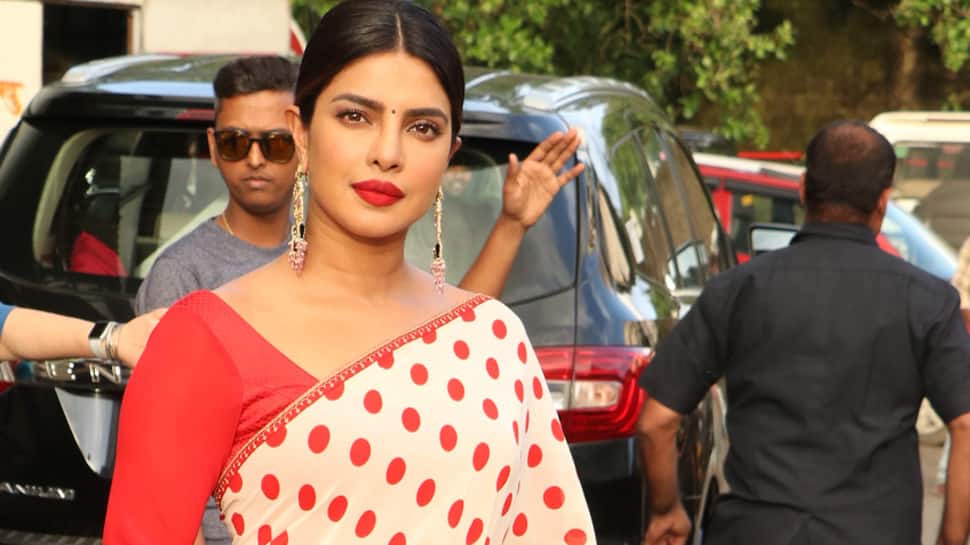 New Delhi: Global star Priyanka Chopra Jonas has often expressed that she is a pure 'Desi Girl' by heart. The actress has often left us impressed with her fashion choices, but she looks her best in a saree!

Fondly called as Pee Cee, she will soon be making her comeback into Bollywood films with 'The Sky is Pink'. The film also has Farhan Akhtar and Zaira Wasim on board.

Priyanka is promoting her upcoming film with full gusto and looks gorgeous in a polka-dot saree in the latest pics. The actress completed her look with a bold, red lipstick and traditional earrings.

Check out Pee Cee's pictures while promoting 'The Sky Is Pink': 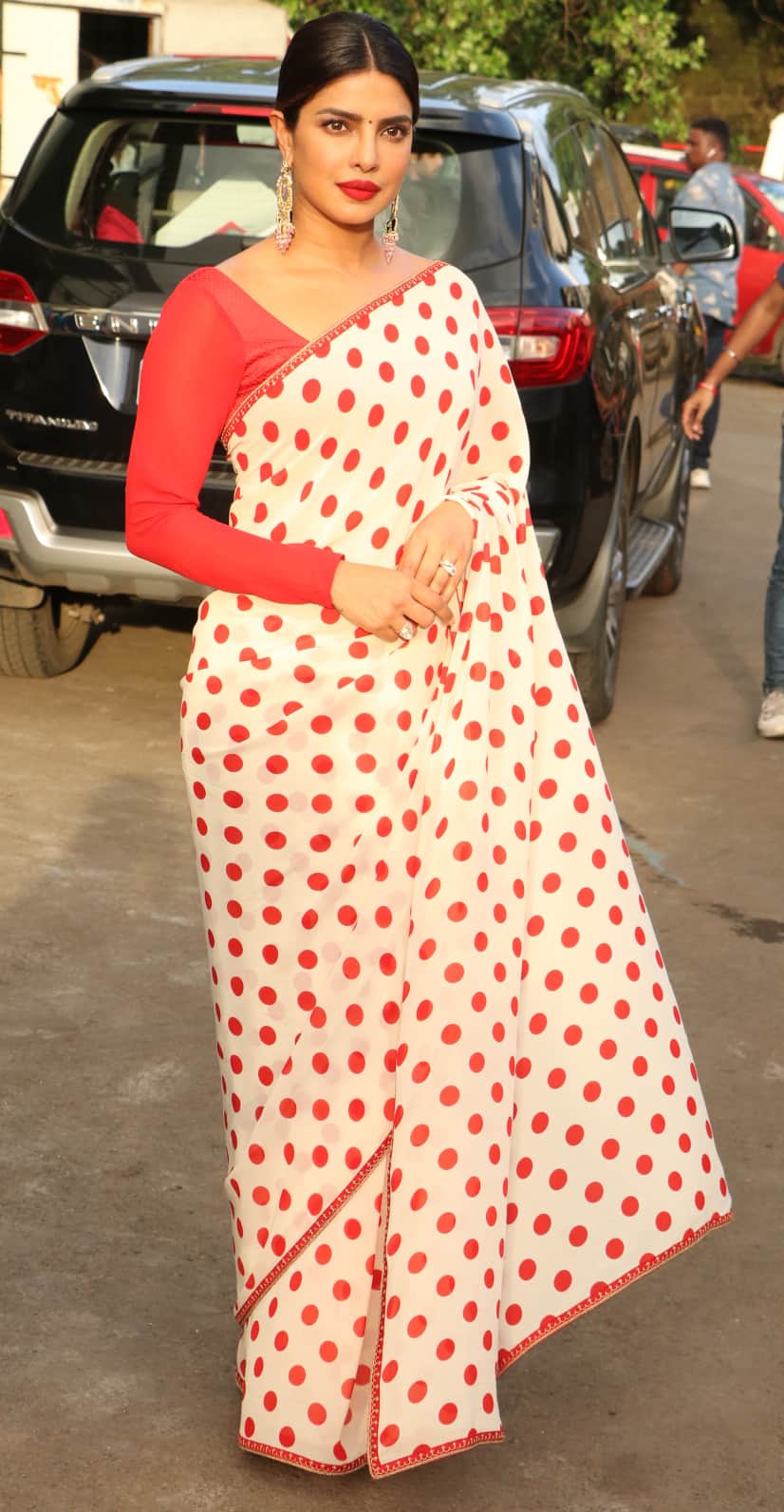 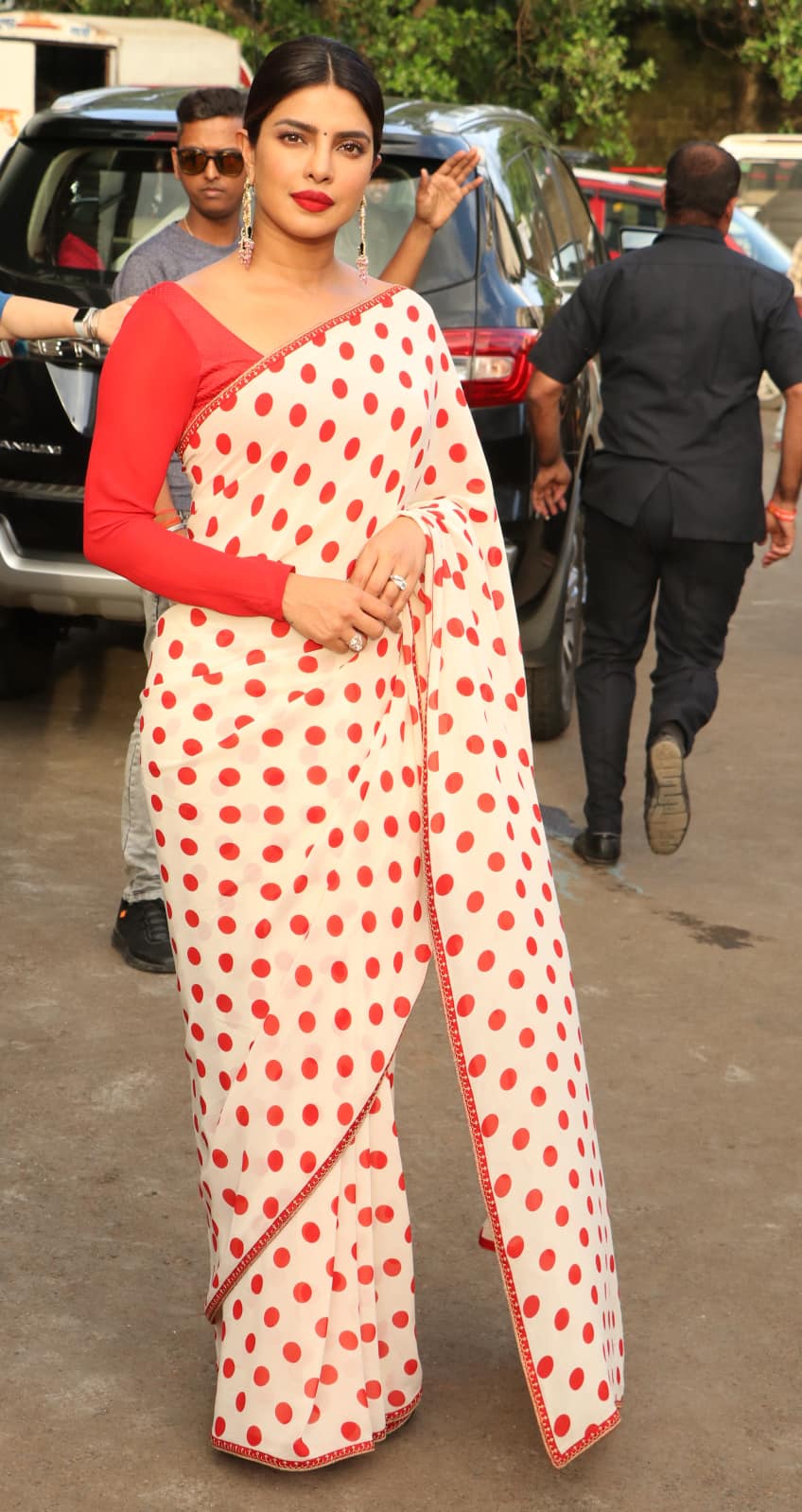 'The Sky is Pink' is high on the buzzword and makers are leaving no stone unturned to ensure that the film gets maximum footfall on day one.

Helmed by Shonali Bose, the film is based on the life of Aisha Chaudhary, who was diagnosed with pulmonary fibrosis. The film's trailer was packed with intense emotions and fans are waiting for the release with bated breath.