Nick and Priyanka are each other’s biggest cheerleaders and do not let any success of the other go unappreciated. 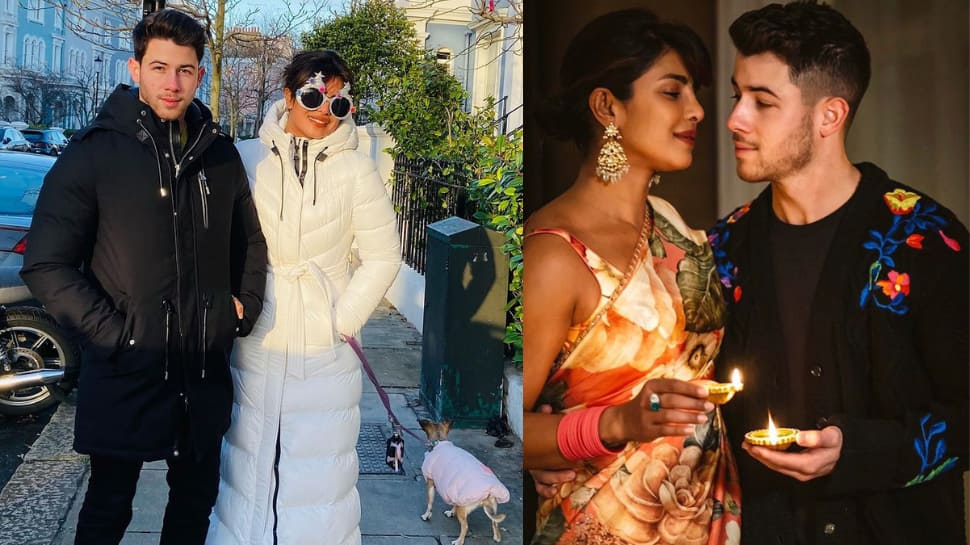 New Delhi: Actress Priyanka Chopra is proud of her husband Nick Jonas but not at all surprised as his produced Netflix web series ‘Dash & Lily’ received 12 Daytime Emmy Nominations.

Expressing her joy over the news, Priyanka took to her Instagram stories to congratulate Nick. The actress shared two poster images of ‘Dash & Lily’. In the first one, she wrote 6 Daytime Emmy nominations and wrote ‘so proud @nickjonas with a heart eyes emoji. The next photo is a repost from Nick’s Insta post which mentions that the show has received a total 12 Daytime Emmy Nominations. Priyanka captioned the story as, ‘Why am I not surprised?’ with a heart eyes emoji. 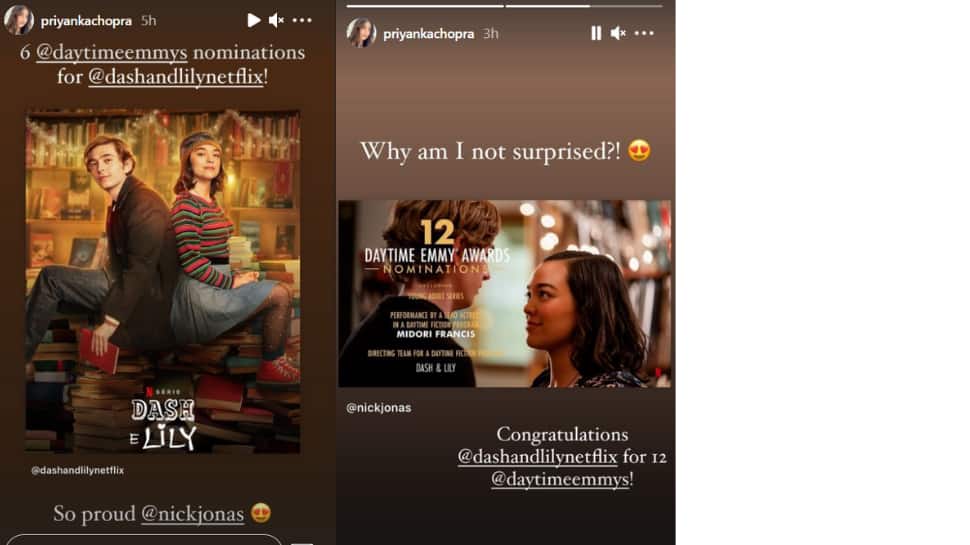 Nick Jonas also took to his Instagram to share the happy news. “Wow, absolutely blown away by this incredible news 12 Emmy noms for #DashAndLily!! Loved getting to produce this project with such an amazing team! So proud of everyone! Let’s go!! @Netflix @JoshBarryLA @slevydirect”, wrote singer-producer in a post.

Nick and Priyanka are each other’s biggest cheerleaders and do not let any success of the other go unappreciated.

“Husband appreciation post. Not even a cracked rib can stop this force of nature. So proud of you baby. With everything you do! Your work ethic, your pursuit of excellence! You inspire me everyday! Crushed it today! I love you so much,” wrote the doting wife.

On the work front, Priyanka will next be seen in an Amazon Prime series ‘Citadel’. She also has a rom com ‘Text For You’ coming out and is also a part of the ‘Matrix 4’.