Priyanka Chopra, Nick Jonas are all smiles as they step out of London hotel — Pics

The couple, who jetted off to London after an extended vacation in Europe, was captured by the paps outside their hotel. 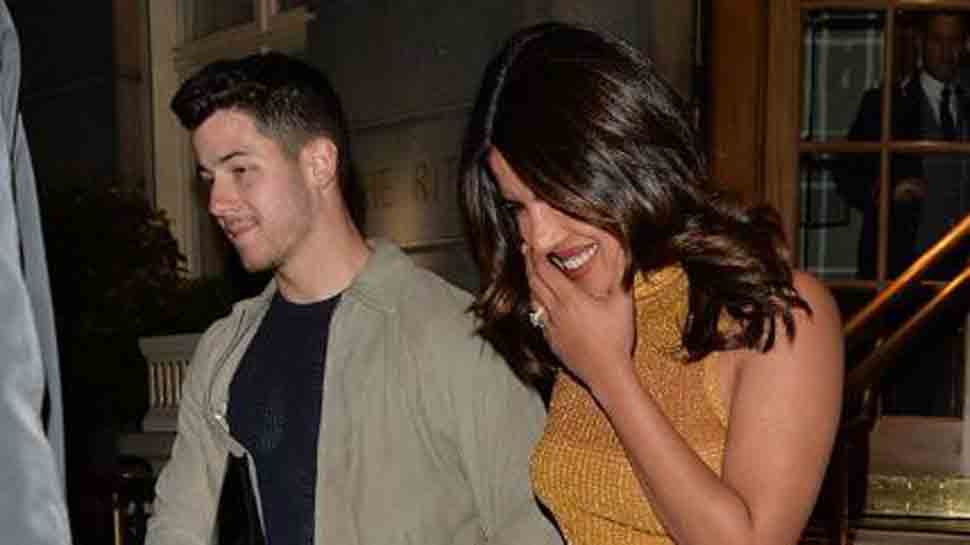 New Delhi: Priyanka Chopra and Nick Jonas have been stealing all the limelight ever since they two walked the aisle in a lavish wedding ceremony last year. Their sizzling chemistry never fails to dazzle us and the two have been giving us some serious relationship goals.

After attending Joe Jonas and Sophie Turner's wedding in France, Nick and Priyanka went on a romantic getaway to Italy. And their holiday pictures made everyone crave for a vacation too. The couple then jetted off to London and were captured by the paparazzi as they stepped out of their hotel.

In the pictures that have been trending on the internet, the Jonas couple slayed hearts as they walked hand in hand as the 'Desi Girl' couldn't stop gushing over something. Nick too seemed to be giving a slight smile.

Known to always dressed up for an occasion, Nick and Priyanka were no different this time too. While Priyanka is seen wearing a shimmery golden dress which she paired with matching golden strappy, Nick opted for a grey jacket over black tee and pants. The two looked

Take a look at their pictures shared by their fan club:

Nick and Priyanka got married in December 2018. On December 1, the couple took vows as per the Christain tradition and on December 2, they got married according to Hindu traditions. Their wedding pics took the internet by storm and went viral as soon as they were out.

They are one of the most loved couples of the film industry and are referred to as 'Nickyanka' by their fans.

On the work front, Priyanka will next be seen in 'The Sky Is Pink', which also stars Farhan Akhtar and Zaira Wasim. The film is scheduled to arrive in theatres in October 2019.