Disney India has roped in Priyanka to dub for Elsa and Parineeti will voice for Anna in the upcoming sequel of hit film "Frozen". 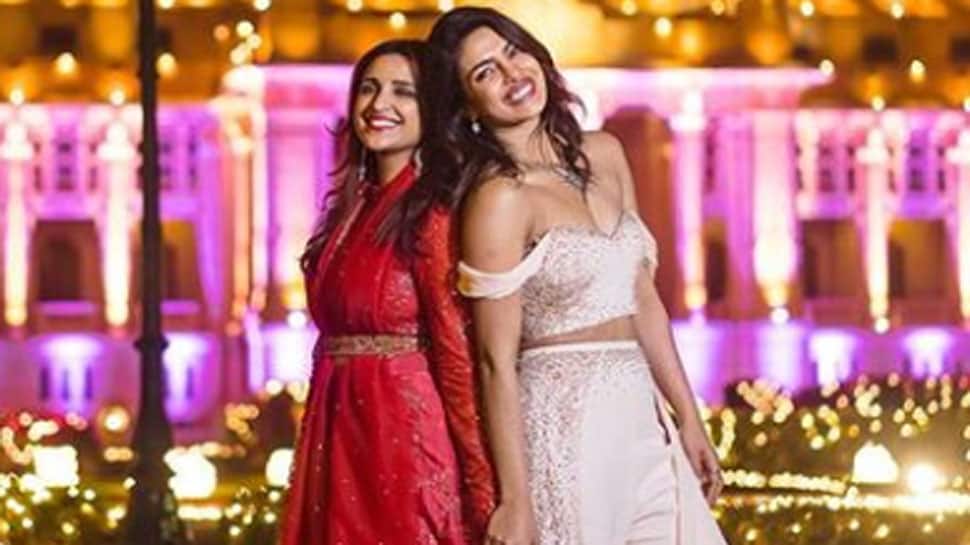 Mumbai: Actress Priyanka Chopra Jonas along with her sister and actress Parineeti Chopra will be dubbing for the Hindi version of Hollywood animated movie "Frozen 2".

Disney India has roped in Priyanka to dub for Elsa and Parineeti will voice for Anna in the upcoming sequel of hit film "Frozen".

"Elsa is a fictional character who's known to be strongly-opinionated and level headed, traits that I deeply connect with. This not only made me want to be part of the film, but also gives me a wonderful opportunity to present one of the most-successful animated films to our local audiences," Priyanka said.

"My happiness just goes up a notch knowing that Parineeti will be voicing Anna's character. The two of us have never worked together before and this seems like a perfect movie to come together and an experience that I am going to cherish forever," she added.

After voicing the character of Ishani in the 2013 film "Planes", the voice of Kaa in the Hindi version of "The Jungle Book" in 2016, "Frozen 2" will mark Priyanka's third stint with Disney where she has lent her voice to a film.

Talking about entering the "Frozen" world, Parineeti said: "You don't need to be an actress to dream of being a Disney princess!! I absolutely loved the first film, it's my favourite animation film but never thought that I'd get to voice Anna.

"But of course the real cherry on the cake is that I've been cast in a film about sisters with my real life sister!! While dubbing we would keep laughing about the fact that we are actually like our characters in real life! Mimi didi is totally like Elsa and I'm totally like Anna! This is why this movie will always be special. I can't wait for the audience response."

The second part of the Disney franchise promises to be more intense as it traces the pasts of Princesses Anna and Elsa, voiced by Kristen Bell and Idina Menzel in Hollywood version, respectively, and piece together their present.

With Elsa being filled with intrigue as to why was she born with magical powers, her sister Anna is the happy-go-lucky forever optimist.

Priyanka and Parineeti fits perfectly into giving Elsa and Anna the much-needed depth to their voices.

"With Elsa and Anna, both sisters, boasting their own fan following amongst young girls world over, having Priyanka and Parineeti to voice these two felt no less than perfect. From being just a character, Elsa has grown to be no less than a superhero that girls around the world now connect with. She, along with Anna, continue to empower girls owing to their powerful personalities. The bond between the two is so strong that we wanted to bring in a real sibling duo for these two roles. The chemistry that we are looking for is something that Priyanka and Parineeti bring with them and is sure to elevate the film-watching experience." said Bikram Duggal, Head - Studio Entertainment, Disney India.

Directed by Chris Buck and Jennifer Lee, "Frozen 2" will release in India in English, Hindi, Tamil and Telugu on November 22. In fact, Disney's consumer products business has lined up wide assortment of merchandise inspired by Elsa, Anna and Olaf in the celebration of the upcoming movie.