Priyanka Chopra returns to Bollywood with her next film, "The Sky Is Pink", and the actress is currently in India to be part of a heavy promoting spree for the film lately. 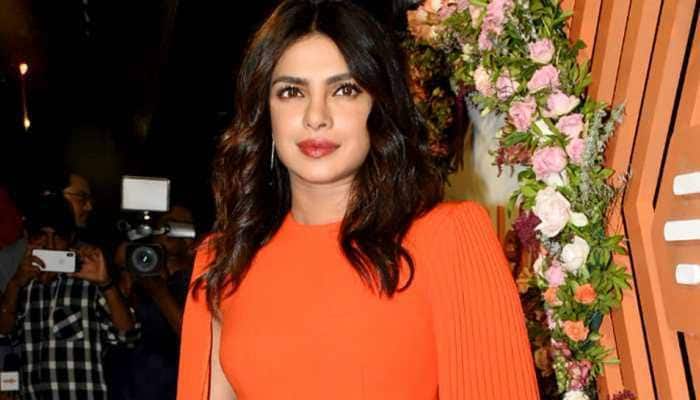 Mumbai: Priyanka Chopra returns to Bollywood with her next film, "The Sky Is Pink", and the actress is currently in India to be part of a heavy promoting spree for the film lately.

One of her pre-release publicity assignments took Priyanka to the set of "The Kapil Sharma Show". Comedian Kapil's popular show has, after all, become an effective means for stars to grab some eyeballs just before the release of a film.

Kapil, too, is known for his quizzing of the celebrity guests who land up at his show, often cornering them with questions laced with tongue-in-cheek wit. He was in no mood to spare Priyanka either.

The subject of Priyanka's marriage to international pop star Nick Jonas came up, and Kapil pointed out that he, too, like Priyanka, had married in December last year.

Then, Kapil asked Priyanka if Nick had touched the feet of his mother-in-law -- Priyanka's mother Madhu Chopra, or did he settle on blowing air kisses at her when they met.

Not to be outdone, Priyanka had her reply in place. "Dono ke beech mein! Bechara hug karta hai mummy ko! (the solution lies somewhere in between! The poor guy hugs mummy!)"

Madhu Chopra, who was seated among the studio guests, agreed to this.