On Sunday (April 18), Bigg Boss 14 and singer Rahul Vaidya and his ladylove Disha Parmar released their new music video 'Madhanya' together and fans are going gaga over it. The wedding song was sung by Rahul Vaidya and Asees Kaur. 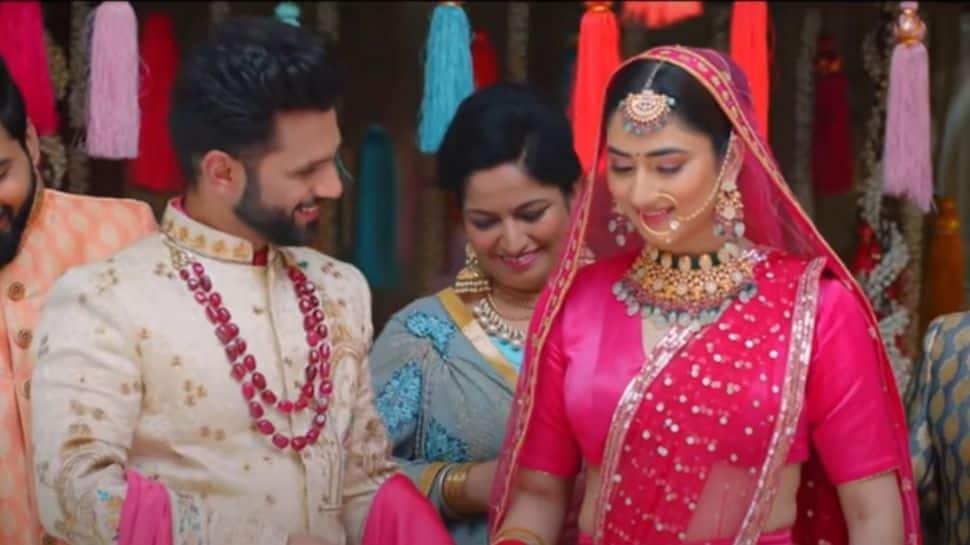 The lovebirds starred in the music video as a couple tying the knot in a traditional big fat Indian wedding style. While Disha was dressed in a pink, sequenced lehenga choli, Rahul looked dapper in a cream sherwani with a pink turban to colour coordinate with his girlfriend Disha.

The video tells a simple and heartfelt love story of a couple who get their happy ending as the video ends with their parents adoring the lovely pair.

Have a look at the video:

The song 'Madhanya' was sung by singer and Bigg Boss 14 runner up Rahul Vaidya and Asees Kaur. It was released as a wedding song and fans of Rahul Vaidya and Disha Parmar are secretly hoping for wedding bells to ring for the couple soon as seen in the music video.

Earlier, the duo had sparked wedding rumours when they slyly released a picture from the music video without context.

For the unversed, Rahul confessed his love to Disha on the reality show Bigg Boss 14.

Disha Parmar made her debut in the 2012 daily soap Pyaar Ka Dard Hai Meetha Meetha Pyaara Pyaara. She has featured in several ad commercials as well. She was later seen in Woh Apna Sa TV show and received viewers love as well.