Television industry’s one of the cutest couple Rahul Vaidya and his girlfriend Disha Parmar are all set to tie the knot on July 16. The beautiful couple is trying their best to make their D-Day extra special by fulfilling all their wishes. 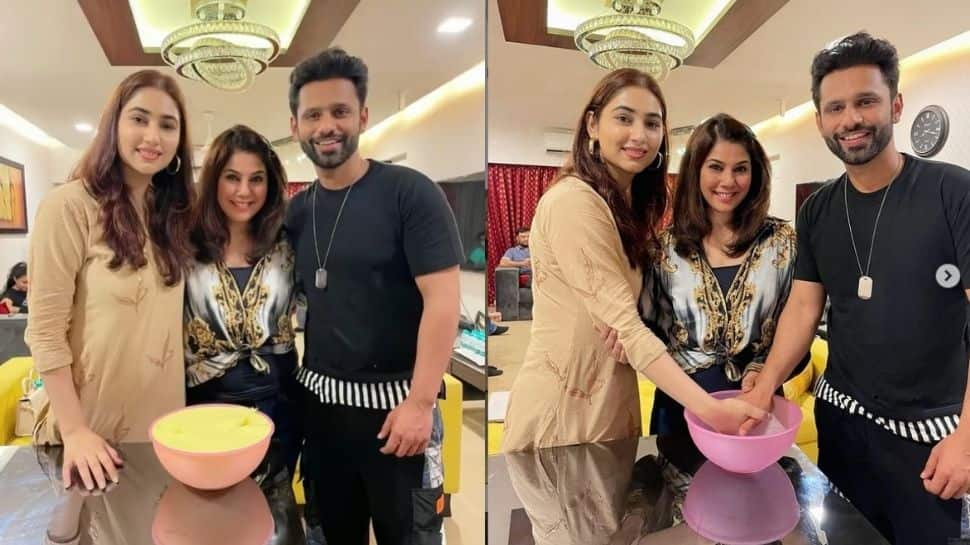 New Delhi: Television industry’s one of the cutest couple Rahul Vaidya and his girlfriend Disha Parmar are all set to tie the knot on July 16.

The beautiful couple is trying their best to make their D-Day extra special by fulfilling all their wishes.

Recently, the duo was spotted at Bhavna Jasra’s place. The duo got a beautiful hand clay impression to celebrate their togetherness. Although, Bhavna hasn’t shared the final outcome on her Instagram account, but she shared two videos of the process while Rahul sang ‘mere haath mein’ from the film ‘Fanaa’ and starred Aamir Khan and Kajol in lead roles. It was released in 2006.

For the unversed, Bhavna is a lifestyle influencer, who is known for curating impressions of hands and feet. She is a well-known figure and has earlier did the same job for Ranveer Singh and Deepika Padukone on the occasion of their marriage. For all those who are unaware, couple hand casting is one of the most popular trends among newlyweds these days.

Earlier in the day, we saw that the marriage preparations are going on in full swing as Rahul’s close friends Aly Goni, Toshi Sabri and Vindu Dara Singh were also seen at dance rehearsals for the wedding function.

Rahul confessed his love to Disha on the reality show Bigg Boss 14. Since then, they've been together through thick and thin.

'You’re too loved to be forgotten': Ananya Panday's heartfelt note to late grandmother will leave you teary-eyed!