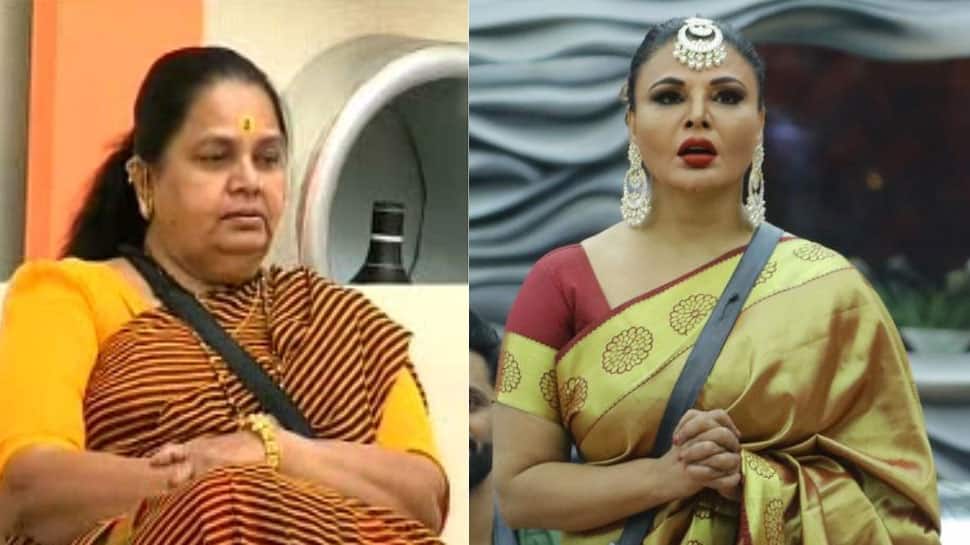 New Delhi: Bigg Boss 14 fame Rakhi Sawant had revealed on the show that her mother Jaya Bheda is battling cancer and needs to be operated soon. After the reality show got over, Rakhi's first post on social media was her ailing mother's heart-breaking pictures as she had shaved off her head.

Rakhi Sawant's mom is undergoing cancer treatment. She recently dropped a video from the hospital where Jaya Bheda can be seen thanking superstar Salman Khan and his brother Sohail Khan for helping them in this hour of need.

Rakhi Sawant too can be seen standing alongside her mother.

Jaya Bheda has a tumour of the gallbladder which turned cancerous. She is undergoing Chemotherapy at present and post that surgery will take place.

Also, Kashmera Shah and Sambhavana Seth visited her mother in the hospital.

Sometime back, when Rakhi's mother made an appearance on Bigg Boss 14 through a video call, she was in the hospital and had informed her daughter about it. Rakhi broke down learning about her mother's health and even told other housemates that her mom is not well.