In one of the posts, Rakul Preet Singh, sporting a printed blue bikini, can be seen chilling in the deep blue sea and her million dollar smile says it all. "Sky above, sand below, peace within!! happiness all around," she wrote. 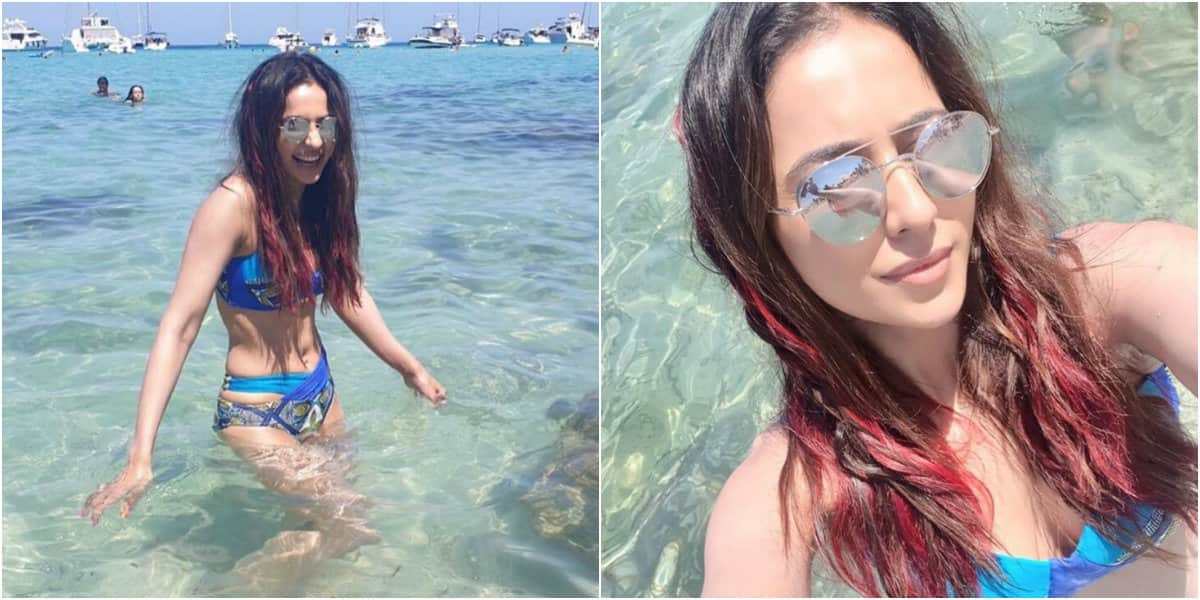 New Delhi: Actress Rakul Preet Singh is having the best time of her life in Ibiza, Spain, where she is currently holidaying. A look at the Instagram timeline will make you go green with envy for the pictures she has posted from there.

In one of the posts, Rakul, sporting a printed blue bikini, can be seen chilling in the deep blue sea and her million dollar smile says it all. "Sky above, sand below, peace within!!  happiness all around," the 28-year-old actor captioned her pictures.

The post has gone crazy viral with over 10 lakh likes and very much counting. "Gorgeous" and "so, so pretty" are some among the several comments posted on her pictures,

Sky above , sand below ,peace within!!  happiness all around ! #ibizadiaries @flirtatious_india

Here are the other photos from 'beach bum' Rakul's Ibiza diary.

"BELIEVE IN YOUR SELFIE," read the caption of this picture:

BELIEVE IN YOUR SELFIE  #ibizadiaries

And, she described this photo has, "Beach bum!!," adding the hashtag 'making memories'.

Rakul Preet has acted in many Hindi and South Indian films. In Bollywood, she was last seen in Ajay Devgn's 'De De Pyaar De', which also starred Tabu. While 'Manmadhudu 2' is her recently-released Telugu film. She right now has 'Marjaavan' with Sidharth Malhotra and Tara Sutaria, 'SK 14' and Kamal Haasan's 'Indian 2' in her kitty.