Rana Daggubati recently graced Neha Dhupia's popular show 'NoFilterNeha' where he opened up on his married life and love story. 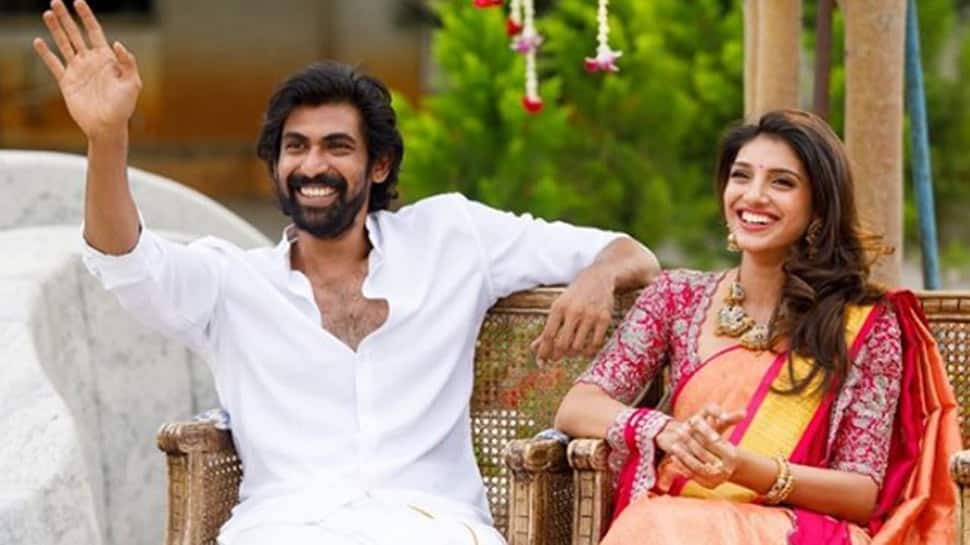 New Delhi: The dashing Rana Daggubati got married to ladylove Miheeka Bajaj in Hyderabad on August 8, 2020 (Saturday). The wedding venue was Ramanaidu Studios, Hyderabad and was attended by family members and close friends due to the coronavirus pandemic outbreak. Rana recently graced Neha Dhupia's popular show 'NoFilterNeha' where he opened up on his married life and love story.

Rana talked about his love story and how he decided onto marrying Miheeka Bajaj. "I know her for a very long time because my sister and she went to school together. So, I’ve known her pretty much all my life and there’s only a handful of people who move from Hyderabad to Bombay. So, we got talking during the lockdown and I said okay, this is right and that’s about it. So, when good things happen, I don’t question too much, I just go. Everyone’s got a timeline, it’s okay. That’s fine."

Rana Daggubati also threw some light on how was it marrying at a film studio."Honestly, there’s no filming happening, anywhere. Obviously, because a time like COVID-19, like the way we are in right now, its got social distancing, its got least number of people, a studio is the only place where you have a place, right? So, I was like okay there you go. And everybody thought it was a great idea. It was five minutes from my house. Only two friends of mine who were at the wedding. So, its like 30 people, I think less than that. Two of my friends who also live with me. Ya, so everyone was tested and then it was like a huge lawn where only thirty people were, so it was fine. It was a lawn & a car park, together. I think we just made that one and then there you go, enough space for everybody. But, what I did was I shot my wedding in VR and sent it to my family who couldn’t come and all of that and I sent them VR headsets so they could watch it. This is for real. So, we shot it in Virtual Reality and sent a bunch of VR boxes and sweets and stuff for family and some friends. So, they got to see it live. So in VR it feels like you are actually at the wedding. Now my family is calling me and they want other VR stuff on it. They are like what else do we watch on this now?"

About the Hindi film industry and its work evolution, Rana said, "Ya, a lot has changed. First the entire direction of what the OTT has done in terms of culturally what we make, what we do, the content has fully changed. What you thought ten years ago was niche today is super mainstream. In terms of content, there has been such a progression in that sense. What you see in Bombay a lot now which you didn’t see earlier was the connectivity or the connection that the media had to the movies. Today, it’s a lot more in that sense. Whether it’s the culture of paparazzi, whether it’s the culture of media reports content or any of that, today you see, that’s a much larger network. It’s the same 300 films that are being made but the ideas you have 300 more people talking about that as avenues."

Drugs case: Rhea Chakraborty walks out of jail after 28 days