Ranbir Kapoor opens up on father Rishi Kapoor's insecurities, gets emotional after his big win—Watch 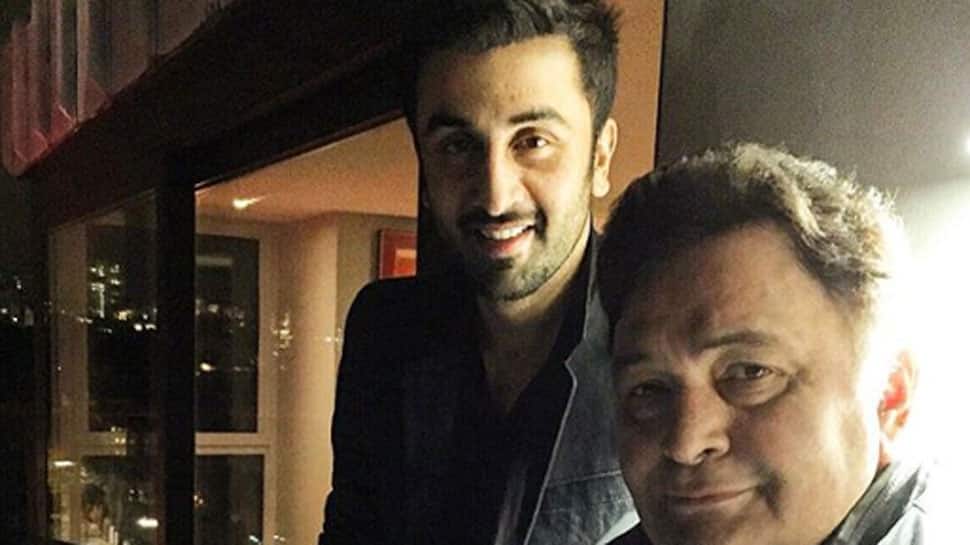 New Delhi: It is that time of the year when B-Towners get rewarded for their performances. At the recently held Zee Cine Awards, Ranbir bagged the 'Best Actor' trophy in popular category for his powerful act in 'Sanju'.

He received the trophy from ladylove Alia Bhatt on stage and shared an emotional speech. Here's an excerpt of what he said, “I would like to dedicate this award to very special people in my life, starting with my father. He is going through a little bit of a rough patch in his life and I have often heard that whenever you come into some kind of crossroads in your life, you can really tell who you are as a person. Whenever I speak to him, he only talks about movies. He only talks about 'how is this film?', 'how is this film doing?', 'how is this performance?', what are you doing in your scene? And, more so, he speaks to me about his insecurities that when he gets back, will he get to work in the movies? Whether people will offer him films? Will, he be able to act in movies?" and that kind of inspiration and passion and madness brings all of this to perspective.”

He also thanked his mother Neetu Kapoor for supporting and loving his father at a difficult time.

A fan club shared the video clip on Twitter.

1/2 Ranbir Kapoor's Speech - I would like to dedicate this award to 2 very special people in my life, starting with my father he's going through a rough patch in life & I've often heard when you come across some crossroads in life you can really tell who u are as a person... pic.twitter.com/KxUy0Fvnof

2/2 ...madness is what brings all this to perspective secondly my mother for the kind of love care & support she's shown towards a difficult man at a difficult time & that is the most beautiful thing in life it's just love so here's to love passion I will see you at the movies. pic.twitter.com/IoUgJiaJOU

Ranbir played the titular role of superstar Sanjay Dutt in 'Sanju'. The biopic was helmed by Rajkumar Hirani. Vicky Kaushal played a pivotal part in the movie as well.

Ranbir has a packed calendar with movies like 'Brahmastra', and 'Shamshera' keeping him busy.