Ranveer, along with other celebs of the film industry met PM Modi on Thursday. 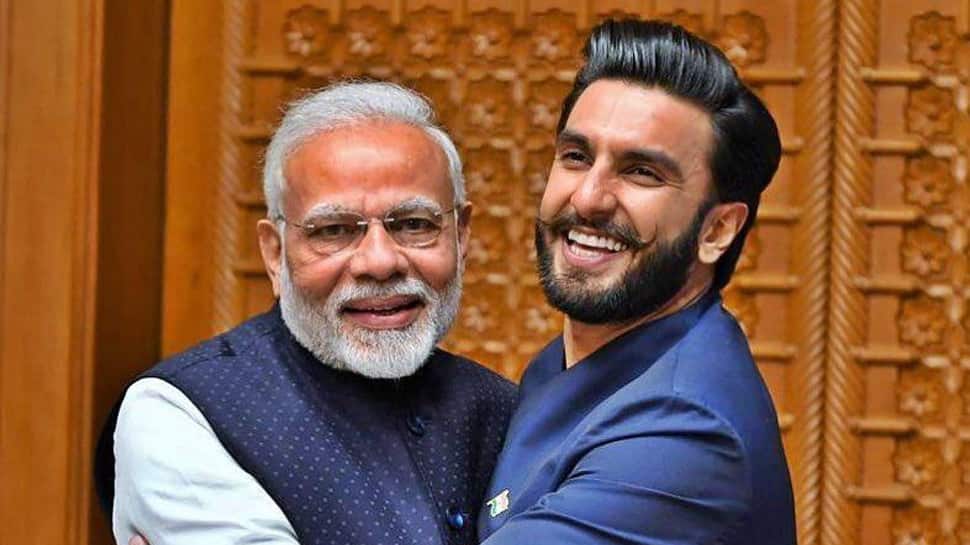 New Delhi: Bollywood's powerhouse of talent Ranveer Singh, along with other celebs of the film industry met Prime Minister Narendra Modi on Thursday. The meet took place to discuss various issues of the film industry following which all B-Towners posed for an epic selfie with the Prime Minister. The picture went viral instantly as it isn't every day that we see the PM and celebs in one frame.

Now, Ranveer has shared yet another pic in which he gives a 'Jaadoo ki Jhappi' to the PM.

The caption of the pic is, “Jaadoo ki Jhappi!Joy to meet the Honourable Prime Minister of our great nation”

Ranveer is one of the most sought-after actors of Bollywood and has had a fantastic time at the box office with his latest outing 'Simmba'. The actor will next be seen with Alia Bhatt in 'Gully Boy'. The film has been helmed by Zoya Akhtar and its trailer has created quite a buzz.

On the personal front, Ranveer married actress Deepika Padukone on November 14, 2018 in an intimate ceremony held at Lake Como, Italy. The couple hosted three reception parties after their wedding. The first wedding reception was held in Bengaluru and the remaining two were held in Mumbai.