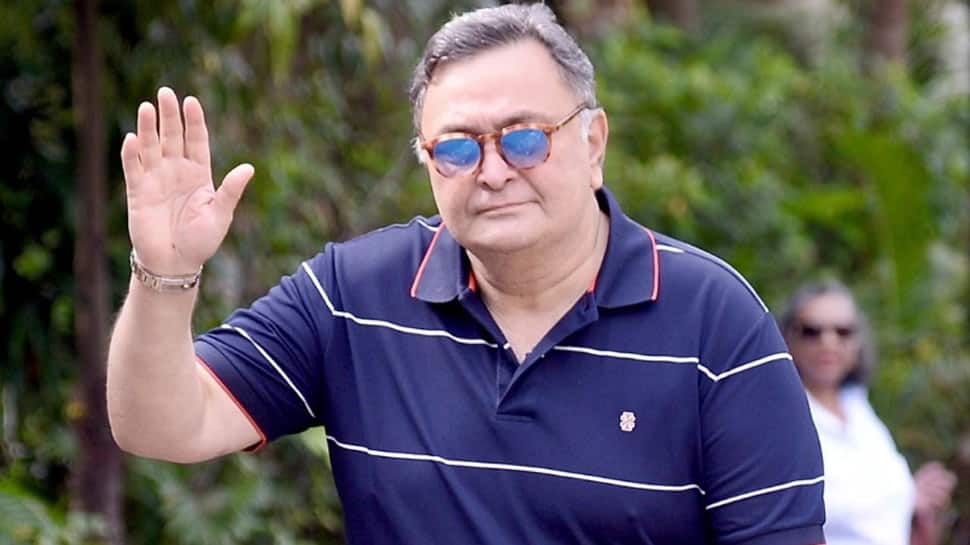 New Delhi: Indian cinema's iconic actor Rishi Kapoor died on April 30, 2020, and left behind a grieving generation of fans, friends and family. He died at Mumbai's Sir HN Reliance Foundation hospital and was battling Leukaemia (blood cancer) for the past two years. The actor par excellence underwent treatment for it in New York for a year.

He is survived by his wife and actress Neetu Kapoor, children Riddhima Kapoor Sahni and actor Ranbir Kapoor. Besides his natural and flawless acting, Rishi Kapoor for years was known for his brutally honest opinion on anything under the sun - be it fellow actors, nepotism or any burning political issue - the master actor never shied away from expressing his feelings. He would often land in controversies due to his statements but that was Rishi Kapoor - the man who stood for his words and how!

In 2017, his autobiography titled 'Khullam Khulla: Rishi Kapoor Uncensored' was unveiled. He has been working in cinema for about 50 years and his illustrious journey has been narrated and described in the book, which is written by Rishi and Meeny Iyer.

Excerpts from his book 'Khullam Khulla: Rishi Kapoor Uncensored' which prove he was brutally honest:

About wife Neetu Kapoor: Rishi Kapoor believed Neetu Kapoor deserves a medal for sticking with him. He wrote "Incredibly, she has done it without nagging me to change, and patiently puts up with my whims and moods."

Shah Rukh Khan should thank Rishi Kapoor: Yash Chopra wanted Kapoor to play the obsessive antagonist in Darr but the actor was in no mood to play a baddie, especially since he had last made Chandni with the director. The filmmaker then offered him Sunny Deol's role. That too was rejected, for Kapoor believed he would be overshadowed by the villain who had the meatier part. Kapoor suggested the name of his Deewana co-star who he thought was "smart and capable".

Rishi Kapoor wrote that Bachchan has never given due credit to the actors who have worked with him" for the success of his films even if they were playing secondary roles, he writes, naming Shashi Kapoor (Deewar), Vinod Khanna, Shatrughan Sinha, Dharmendra and his own (AAA and Coolie).

Rishi Kapoor wrote writers-directors were partial towards Amitabh Bachchan. His & Bachchan relationship didn't start off on the best of notes. They hardly spoke on the sets of Kabhi Kabhie. They became comfortable with each other's company during Amar Akbar Anthony.

Rishi Kapoor didn't appreciate the arrogance of the writing duo Salim-Javed. One of the funniest anecdotes in the book is when Kapoor and his friends visit Akhtar's apartment in Bandstand to tease him over the failure of Imaan Dharam; or when a drunk Akhtar boasted to Kapoor that he'd quit writing if their next project didn't make more money than Bobby. Rishi Kapoor hasn't forgiven Akhtar entirely after the latter stated in a TV show that Raj Kapoor was to be blamed for lyricist Shailendra's untimely death.

Rishi Kapoor stood for Raj Kapoor who the actress accused of manufacturing a romance because he was hungry for publicity.

Gulzar was a next-door neighbour but Rishi Kapoor never socially met him. That's not it. What's even worse, according to Kapoor, is that Gulzar hasn't ever "written a song, a dialogue or a single line" for any of his films.

Rajesh Khanna’s dream of being directed by Raj Kapoor never played out, and Rishi Kapoor thinks he may have influenced his father to not cast the popular actor who was one of the contenders for the role that eventually went to his uncle Shashi Kapoor.

Well, there will never be another Rishi Kapoor!