The Indian Embassy in Bulgaria felicitated the filmmaker for his outstanding contribution and bringing Bollywood movie shooting and production to Bulgaria. 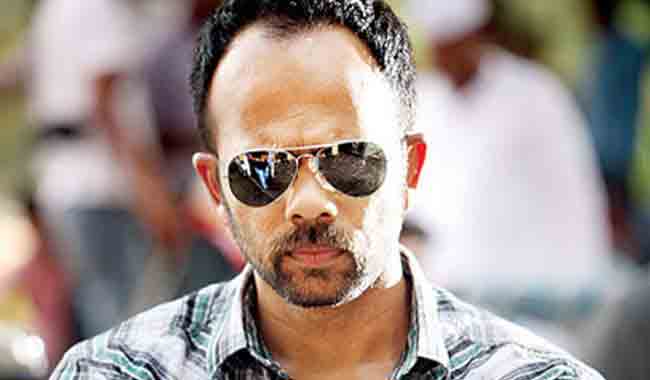 The Indian Embassy in Bulgaria felicitated filmmaker Rohit Shetty on the Independence Day.

Rohit shared a clip of him being presented with the certificate of Appreciation which read, "The certificate is presented to Mr Rohit Shetty for his outstanding contribution in bringing Bollywood movie shooting and production to Bulgaria."

This comes after his 2015 film 'Dilwale' starring Shah Rukh Khan, Kajol together after years, became the reason behind the surge in the number of tourists from India flying to Bulgaria.

The director poured his heart out in a mushy caption. "This is what you call the Power of Indian Cinema. Last year Bulgaria saw 23 pc rise of Indian tourists after Dilwale," he wrote. He continued, "Feeling blessed and honoured to be felicitated by the Indian Embassy in Bulgaria that too on such a Prestigious Day. Happy Independence Day."

Along with Shah Rukh and Kajol, the film also starred Varun Dhawan and Kriti Sanon and many sequences of the movie were shot in Bulgaria with some being filmed in Indian state Goa. Known for featuring some smashing action scenes in his films, Rohit is currently busy on his upcoming outing 'Sooryavanshi' with Akshay Kumar in the lead.

This marks the first collaboration of the two and is scheduled to hit big screens next year on March 27.

Veteran music composer Khayyam in ICU, said to be critical

Video: Railways to now deliver your baggage to your home, check details