On Guru Nanak Jayanti, Prime Minister Narendra Modi appealed to farmers who had set up camp at entry points into the national capital since November 28 last year to return home. 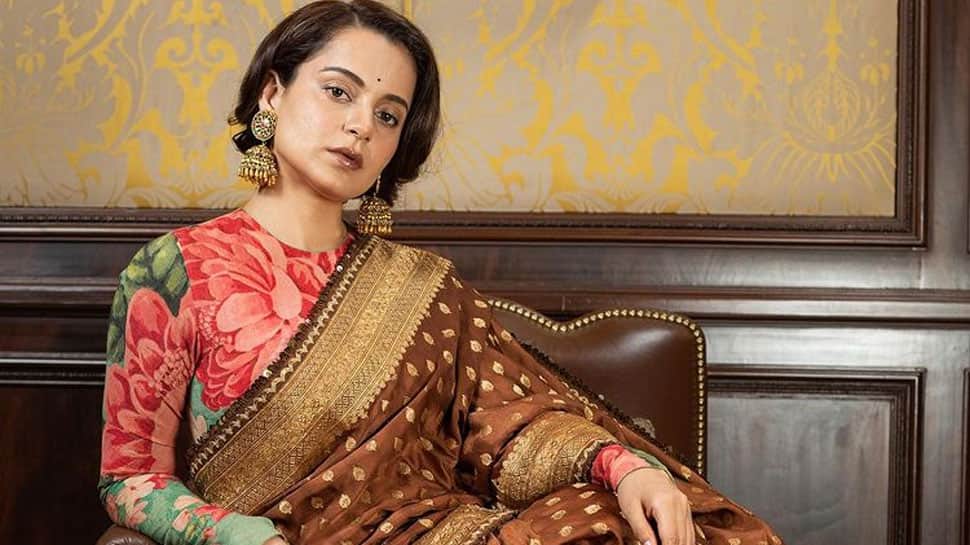 New Delhi: Prime Minister Narendra Modi on Friday announced the scrapping of the three agricultural reform laws at the centre of protests by farmers for the past year. Addressing the nation on Guru Nanak Jayanti, PM Modi appealed to farmers who had set up camp at entry points into the national capital since November 28 last year to return home.

He maintained that the laws were for their benefit and then apologised to the people of the country, adding that the government could not convince a section of farmers despite its clear heart and a clean conscience.

Soon after this big announcement, reactions poured over social media, with some hailing the move while others criticising it. Actress Kangana Ranaut took to her Instagram stories and expressed disappointment over it. Take a look at her IG story screenshots: 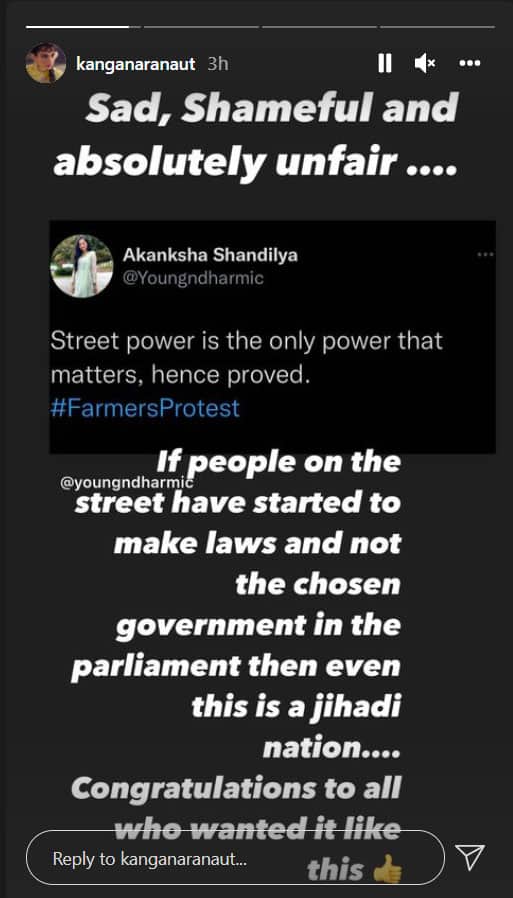 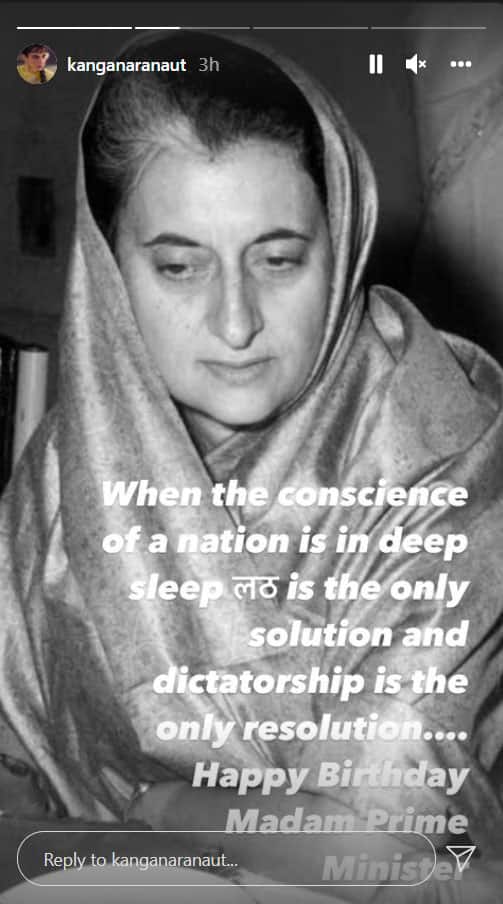 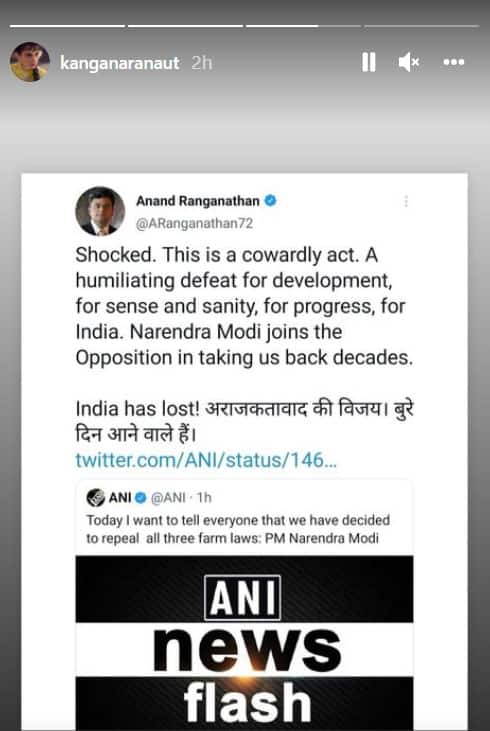 PTI reported, "There may have been some shortcoming in our efforts due to which we could not explain the truth, as clear as the light of the diya, to some of our farmer brothers," Modi said, referring to the protests, spearheaded by farmers from Punjab and also Haryana and western Uttar Pradesh which left about 700 dead.

Welcoming the announcement of the repeal of the laws, which had pitted farmers and the government against each other through 12 months of dogged protests and 11 rounds of talks, the Samyukt Kisan Morcha said their agitation was not just against the repeal of the 'three black laws' but also also for a statutory guarantee to remunerative prices for all agricultural produce and for all farmers.

"This important demand of farmers is still pending," the umbrella body of 40 farm unions said in a statement. It said it welcomed the decision but would wait for the announcement to take effect through due parliamentary procedures.

As drumbeats were heard in several places and sweets distributed at the unexpected 'victory', Bharatiya Kisan Union (BKU) leader Rakesh Tikait added that the government should talk to farmers over the issue of minimum support price (MSP) of crops and other matters.

"The prime minister speech that comes on the occasion of Gurpurab and also ahead of elections in Punjab and Uttar Pradesh early next year -- noted that it it is the birth anniversary of Guru Nanak Dev and no occasion to blame anyone.

He requested all his farmer friends to return home to their fields and families and make a new beginning on this auspicious occasion, a day when gurudwaras across the country are lit up to celebrate the festival.

"Let us move forward afresh," Modi said, adding that the goal of the three farm laws was to empower farmers, especially small farmers.

He listed various steps taken by his government for the welfare of small farmers and pointed out that the agriculture budget has risen by five times with over Rs 1.25 lakh crore spent annually.