In the photographs, she can be seen flaunting her baby bump in bikinis -- one hot pink and one neon green -- all underwater at a hotel's swimming pool here. 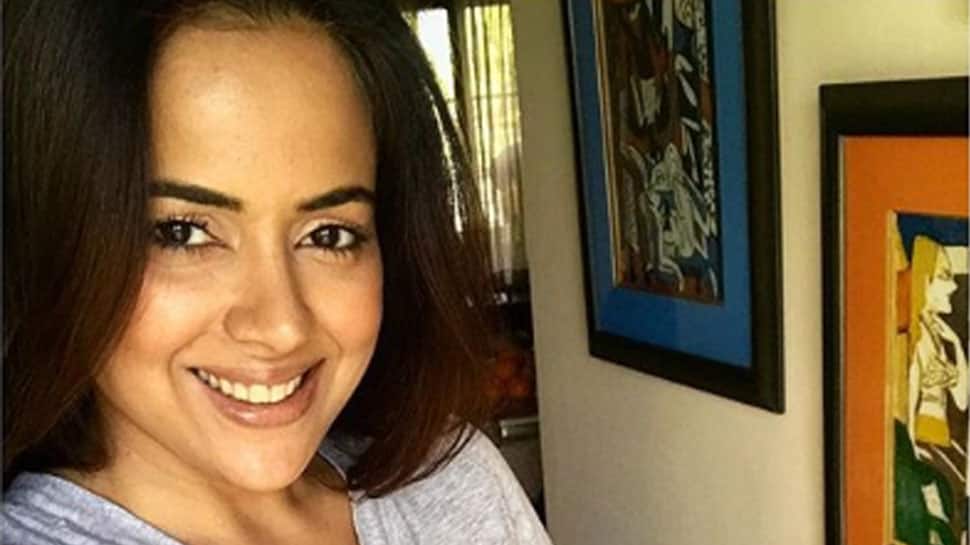 Mumbai: Far from being shy of flaunting her baby bump, actress Sameera Reddy has instead set goals for women on how to embrace their body during pregnancy.

Sameera, who is expecting her second child soon, surprised netizens on Thursday with her latest underwater maternity shoot.

In the photographs, she can be seen flaunting her baby bump in bikinis -- one hot pink and one neon green -- all underwater at a hotel's swimming pool here.

"Reflecting! I'm proud to say these pictures are #nofilter #notouchup #nophotoshop," she wrote.

She captioned another picture: "To completely let go and be fearless is liberating."

Along with the images, the "Tezz" actress opened up about her last leg of pregnancy.

She wrote: "I wanted to celebrate the beauty of the bump in my ninth month. At a time when we feel the most vulnerable, tired, scared, excited and at our biggest and most beautiful, I look forward to sharing it with you guys and I know the positivity will resonate because we all are at different phases of our lives with unique sizes and we need to love and accept ourselves at every level. Imperfectly perfect."

Sameera married businessman Akshai Varde in 2014. She delivered her firstborn, a son in 2015. But her first-time pregnancy experience, as she had earlier said, left her feeling torn between the reality and the pressure to portray an "unreal life" as a celebrity.

"I got pregnant in just a couple of months after my marriage. The game plan was to have the pregnancy and bounce back and to get in the limelight again. But I have never experienced anything like that... It was just the opposite.

"It was the worst-case scenario of what I could've imagined in terms of my body and the way I fell apart as a person because the pregnancy was very tough for me," she had earlier told IANS.

Why can't we let her be? Anubhav Sinha says on Zaira Wasim