The choreography of 'Akh Da Nishana' is done by Sagar Das and mix & master by Sameer Charegaonkar. The song is from the upcoming Punjabi movie 'DSP DEV' which is directed by Mandeep Benipal and produced by Ravneet Kaur Chahal, Rajesh Kumar, Gunbir Singh Sidhu and Manmord Sidhu. 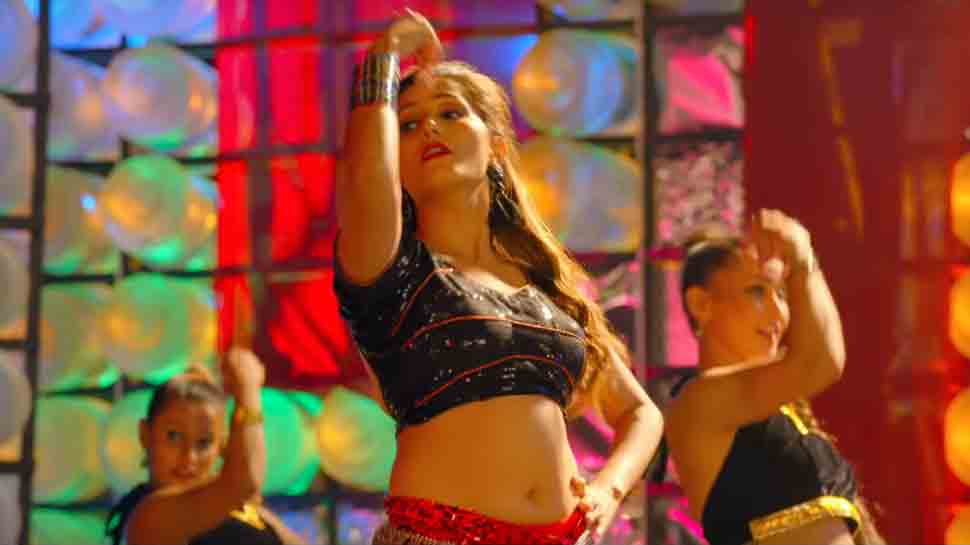 New Delhi: Sensational singer-dancer and television personality Sapna Choudhary latest Punjabi music video 'Akh Da Nishana' has taken the internet by storm. Released on June 24, the video has been getting all the love and appreciation from the audience.

Dressed to kill in red and black, Sapna is seen showing some scintillating dance moves before the cops and woos them with her bold expressions in the video. The video has garnered over 912,122 views on YouTube so far.

The song is crooned by Mannat Noor and written by Gill Raunta and has been shared by White Hill Music.

The choreography of 'Akh Da Nishana' is done by Sagar Das and mix & master by Sameer Charegaonkar. The song is from the upcoming Punjabi movie 'DSP DEV' which is directed by Mandeep Benipal and produced by Ravneet Kaur Chahal, Rajesh Kumar, Gunbir Singh Sidhu and Manmord Sidhu.

A few days ago, Sapna had shared the poster of the song, revealing her enticing look. She captioned the poster writing, "The song ‘Akh Da Nasha’ from the movie DSP DEV is releasing on 25th june, only on White Hill Music Youtube channel. This is my 2nd song In a Punjabi movie. and it’s an amazing track. I wish best of luck to Dream Reality Films and White Hill Studios on their film DSP Dev. Please do watch and support the film releasing on 5th July worldwide #life #workholic #loveyourself #positivevibes #desiqueen #whitehillmusic #punjabi #thaknamnahai. (sic)"

Sapna's Haryanvi song 'Teri Aakhya Ka Yo Kajal' has been ruling the playlist for years now. She has also given dance performances on it several times, including Bigg Boss' house, where she danced to the song with actress Hina Khan.

Sapna gained fame through her stint in 'Bigg Boss 11' and after that, there was no looking back for her. She even made it to the movies by starring in a special dance sequence 'Hatt Ja Tau' in 'Veerey Ki Wedding', 'Tere Thumke Sapna Choudhary' from the film 'Nanu Ki Janu' and a song titled 'Love Bite'. She also signed up for Punjabi songs and the recent one to release is this:

Sapna had a huge fan following even before she made her presence felt in the house of 'Bigg Boss 10', but it was the show hosted by Bollywood superstar Salman Khan which made her a household name.