Sara Ali Khan remembers Sushant Singh Rajput on first death anniversary, says ‘You gave me all that I have today’

Remembering the star performer Sushant Singh Rajput on his first death anniversary, Sara Ali Khan thanked the late actor for all his help and advice throughout the journey. She also credited Sushant for all that she has today. 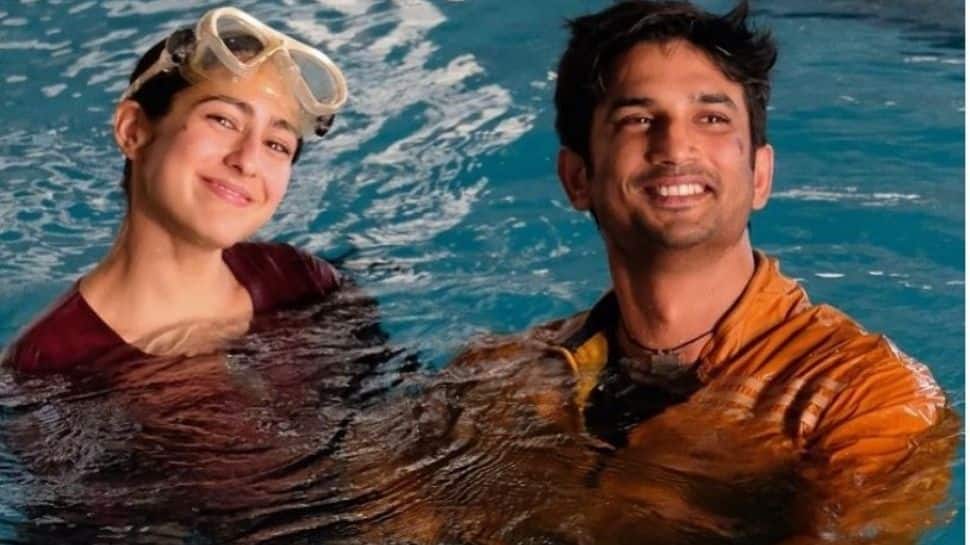 New Delhi: Bollywood actor Sara Ali Khan, who debuted alongside Sushant Singh Rajput in a romantic drama Kedarnath in the year 2018, has penned an emotional note for her co-star.

Remembering the star performer on his first death anniversary, Sara thanked the late actor for all his help and advice throughout the journey. She also credited Sushant for all that she has today.

Sharing a heartfelt post with a cute picture, she wrote, “Whenever I needed help, advice or a laugh you were always there. You introduced me to the world of acting, made me believe that dreams could come true, and gave me all that I have today. Still can’t believe you’re gone. But every time I look at the stars, the rising sun or the moon I know you’re here. From Kedarnath to Andromeda.”

In the picture, the duo can be seen inside a pool and are posing for the shutterbugs.

The actor debuted in Bollywood with Abhishek Kapoor`s 2013 release Kai Po Che! After that he did some of the best films till date, which include- Shuddh Desi Romance, PK, M.S. Dhoni: The Untold Story, Raabta, Kedarnath, Chhichhore, Drive, and Dil Bechara among others.