Sayani Gupta and the art of rejecting films

Known for thoroughly researching her roles, Gupta, who recently wrapped up a film shoot, a murder mystery set in Chhattisgarh, says that it is important that when she plays a character, she should be the "only one who could do it". 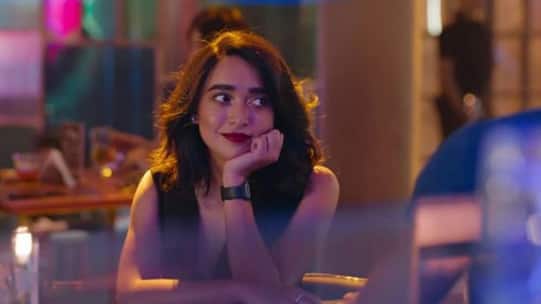 New Delhi: Admitting that there are times that she surprises herself by her effortless balance between big-budget Hindi movies and new-age independent cinema, actress Sayani Gupta stresses that it is pure instinct that takes a call for her when it comes to signing a film.

All set for the release of her upcoming movie 'Axone', a film on four migrants in Delhi, premiered at the BFI London Film Festival on October 2 and to be shown in India during the forthcoming MAMI Mumbai Film Festival, she laughs that one of the reasons she is seen more in independent films is because the makers happen to be underdogs.

"There is this peculiar cocktail of innocence, integrity and passion among these directors who desperately want to say something. And personally, passion is something that has always driven me. They offer meatier roles for women characters. Honestly, I don't want to be seen in films where I am just a pretty prop," she said.

Known for thoroughly researching her roles, Gupta, who recently wrapped up a film shoot, a murder mystery set in Chhattisgarh, says that it is important that when she plays a character, she should be the "only one who could do it".

She added, "Unless, I can come across like that in the portrayal, then taking up that responsibility makes very little sense to me. Also, I feel every actor has his/her own method. It's just that most of them prefer not to talk about it."

Also a theatre actor, Gupta who has not been seen on the stage for three years now, stresses that she is raring to be in front of live audience. "So many of my friends including Kalki Koechlin manage to do regular theater despite their film commitments. It's high time I get my act together, else I would surely fall in my own eyes."

During the initial years of OTT, the actress, who also sang Kahab in 'Article 15' and lent her voice to most of the 'Four More Shots Please soundtrack', admits that she was apprehensive if she wanted to be a part of the platform, wondering if a series would be able to hold together quality.

"Now, one has to be sure about where you are treading. But when 'Inside Edge' was offered, I was pretty confident, as I knew the team well. Moreover, one has to invest a lot of time in a series and carry the character within for prolonged periods. And I am someone who likes to quickly exit the role once the project is over, something which films allow."

In Delhi on Monday to be part of her relative Probir Gupta's 'Shape-2019', an exhibition showcasing pottery made by underprivileged children, the actress who trained at the Film and Television Institute of India (FTII), Pune pointed that formal education in the craft had definitely lent her an edge.

"A trained film actor begins to see the larger picture and understands not just the nuanced demands of the camera but also different filmmaking departments and the synergy between them. I personally work on my look and add to the costumes."