Superstar Shah Rukh Khan too had welcomed Bappa like other devotees and day before performed the Visarjan ceremony. 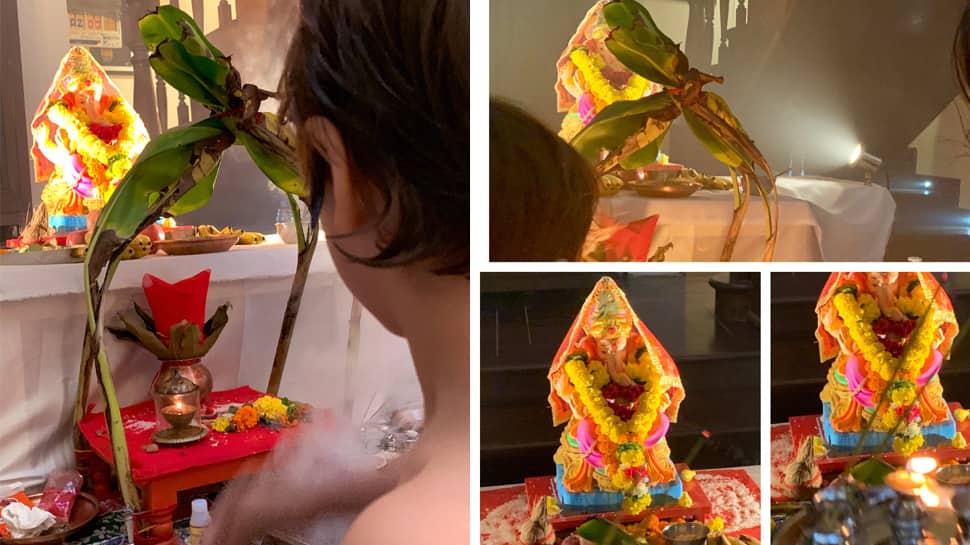 New Delhi: The entire nation bid Lord Ganpati and tearful farewell on Anant Chaturdashi (September 12). The idols were immersed in water with a promise of him visiting their abodes the next year. Superstar Shah Rukh Khan too had welcomed Bappa like other devotees and day before performed the Visarjan ceremony.

He shared some inside pictures of his Ganpati at Mannat and wished happiness for one and all in the world. He tweeted: “Pooja done....Visarjan done. Ganpati Bappa Morya!! May the happiness of the world and beyond come into every household & for every family.

Pooja done....Visarjan done. Ganpati Bappa Morya!! May the happiness of the world and beyond come into every household & for every family. pic.twitter.com/D8pKXtZk3K

Devotees bring Ganesha idols home on Ganesh Chaturthi which this year was celebrated on September 2. On Anant Chaturdashi, the 10-day long Ganesha Utsav comes to an end with Ganpati Visarjan.

The festive spirit of the devotees can be felt during this time as almost everyone can be seen on streets chanting Bappa's name and singing 'Ganpati Bappa Morya'.

The festival holds greater significance in Maharashtra where it is one of the major festivities. Several huge and majestic Ganpati pandals are made during Ganesh Utsav and devotees go Pandal-hopping seeking Bappa's blessings much similar Durga Puja.

Every medium has its own pluses: Kay Kay Menon