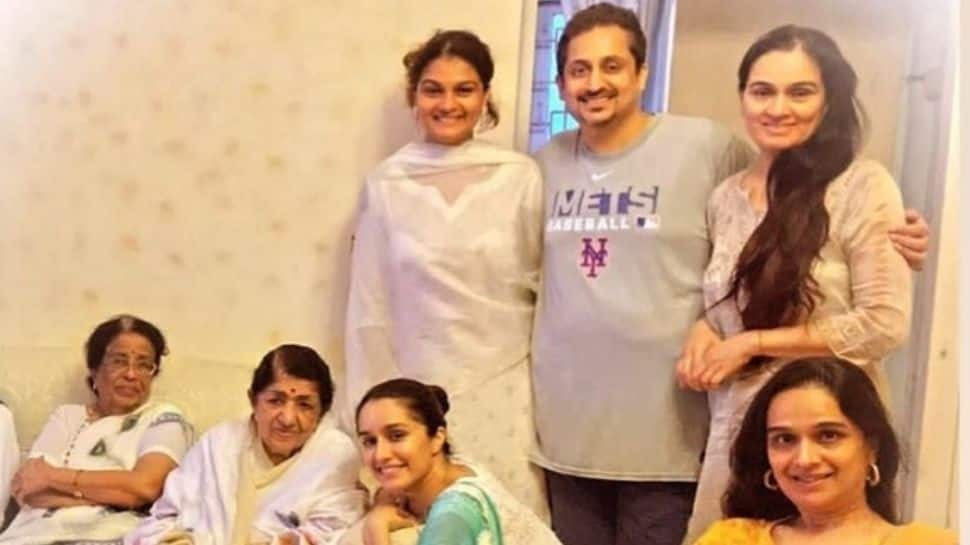 Recent one to wish the legendary singer on her birthday was Shraddha Kapoor.

The actress took to her Instagram handle and shared a picture and wrote, “Happy birthday Lata aaji @lata_mangeshkar..”

In the picture, Shraddha can be seen sitting next to Lata Mangeshkar and her sister Usha Mangeshkar. Shraddha's mother Shivangi Kapoor and aunt, actress Padmini Kolhapure were also seen in the picture.

For the unversed, Lata Mangeshkar has sung songs in Hindi, Urdu, Marathi, Bengali and other Indian languages.

She is a recipient of Bharat Ratna Award.

On the workfront, Shraddha will be seen next in Vishal Furia's film ‘Nagin’. Shraddha will essay the role of ichadhari naagin in the film.

She also has ‘Stree 2’ with Rajkummar Rao and also has ‘Chaalbaaz In London’, which is a reboot of Sridevi’s 1989 film, ‘Chaalbaaz’. It is being helmed by Pankaj Parashar, who directed the original movie.