The star-studded event was attended by the who's who of entertainment world. 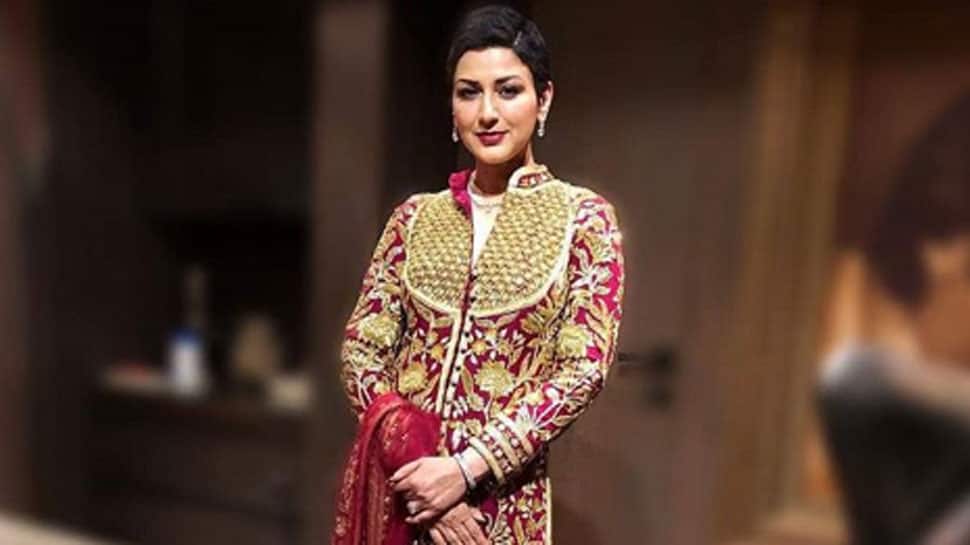 New Delhi: The gorgeous Bollywood actress Sonali Bendre ditched her track pants and stepped up wearing a bright gold-red attire for Akash Ambani and Shloka Mehta's wedding reception last night in Mumbai. The star-studded event was attended by the who's who of entertainment world.

Sonali shared her pictures on social media and we must say, she looked ethereal. She wrote in the caption: “Been a while since I got out of my track-pants.

Been a while since I got out of my track-pants Outfit: @abujanisandeepkhosla Shoes: Abu-Sandeep X @needledust

Akash and Shloka got married on March 9 at the Jio World Centre in Bandra Kurla Complex in Mumbai. From Bollywood A-listers, cricketers to eminent personalities from the world—all were seen making their presence felt at the grand Ambani bash.

Similarly, the wedding reception which was held on March 10 in Mumbai saw a bevy of stars in attendence.

It was a pleasure to see Sonali and hubby Goldie Bahl pose for shutterbugs. The actress gavea tough fight to cancer. She underwent treatment for high-grade cancer that got metastasised. After spending some months in NYC, the actress came back to Mumbai. She kept her fans posted about each and every phase of her journey while battling the disease.

Kudos to Sonali for her spirit!

Pakistan should join hands with India to root out terrorism: Rishi Kapoor