Sonam and Anand, who were captured by the shutterbugs at Mumbai airport on Wednesday, were once again seen flaunting their love as they arrived walking hand-in-hand on the runway. Take a look!

New Delhi: Sonam Kapoor and Anand Ahuja are one of the 'IT' couples of Bollywood. The couple tied the knot in a lavish wedding ceremony in May 2018, in the presence of their family members and close friends from the industry. The wedding was followed by a grand reception, which was attended by every prominent face of Bollywood. Pictures and videos from the event had flooded the internet and stayed viral for several days.

It's been more than a year now and still, the couple seems to be madly in love with each other. Sonam, who is an active Instagram user, keeps treating her fans with their pictures, making everyone go 'aww'.

On Wednesday, the couple were papped walking hand-in-hand at Mumbai airport as they returned from London. As usual, they were all smiles for the cameras as they made their way to the car. Both Sonam and Anand were dressed in casuals and twin in stylish shades. While Sonam opted for a black polka dot dress, which she wore with a black overcoat and white sneaker, Anand chose a white tee and black trousers with his signature cap. 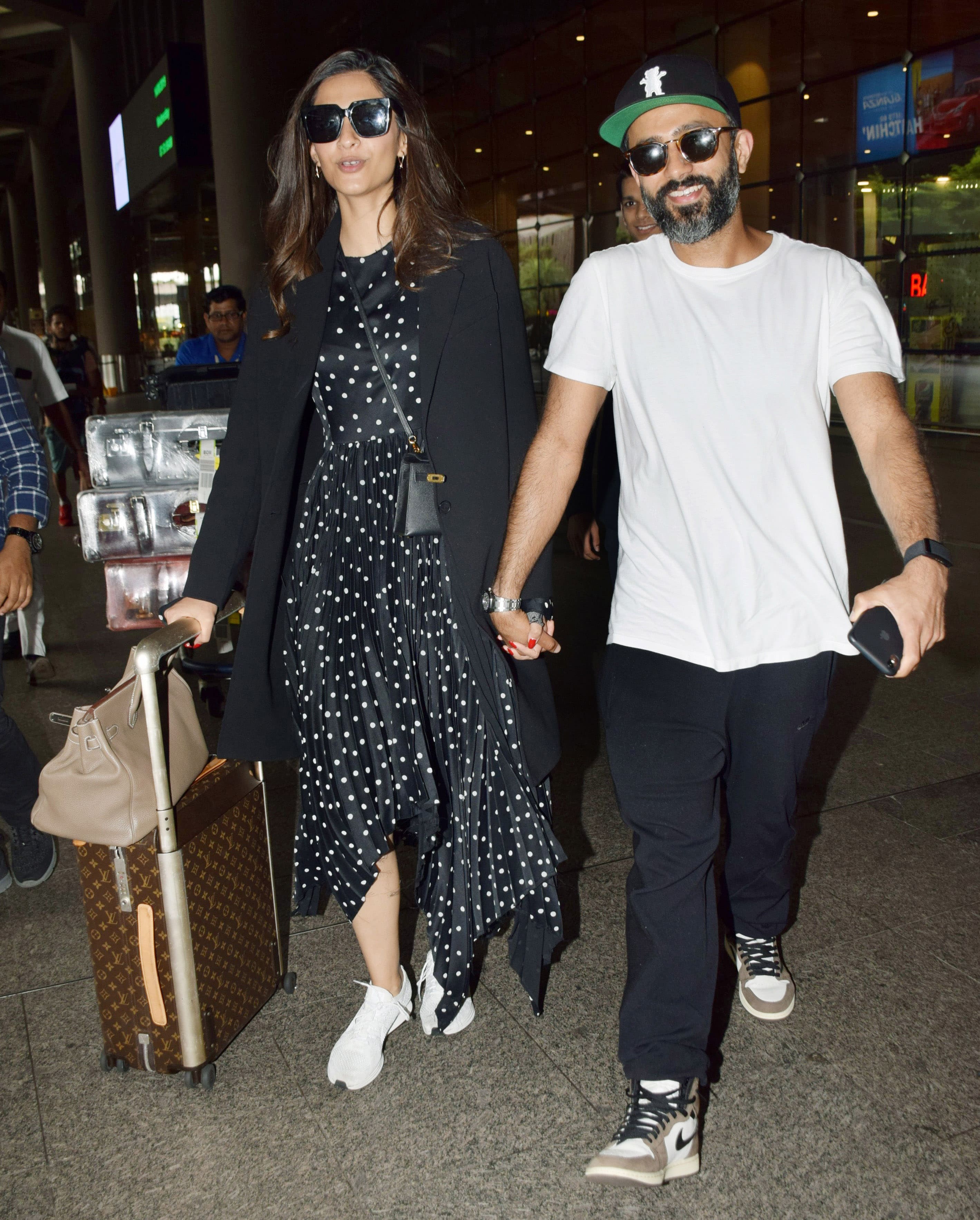 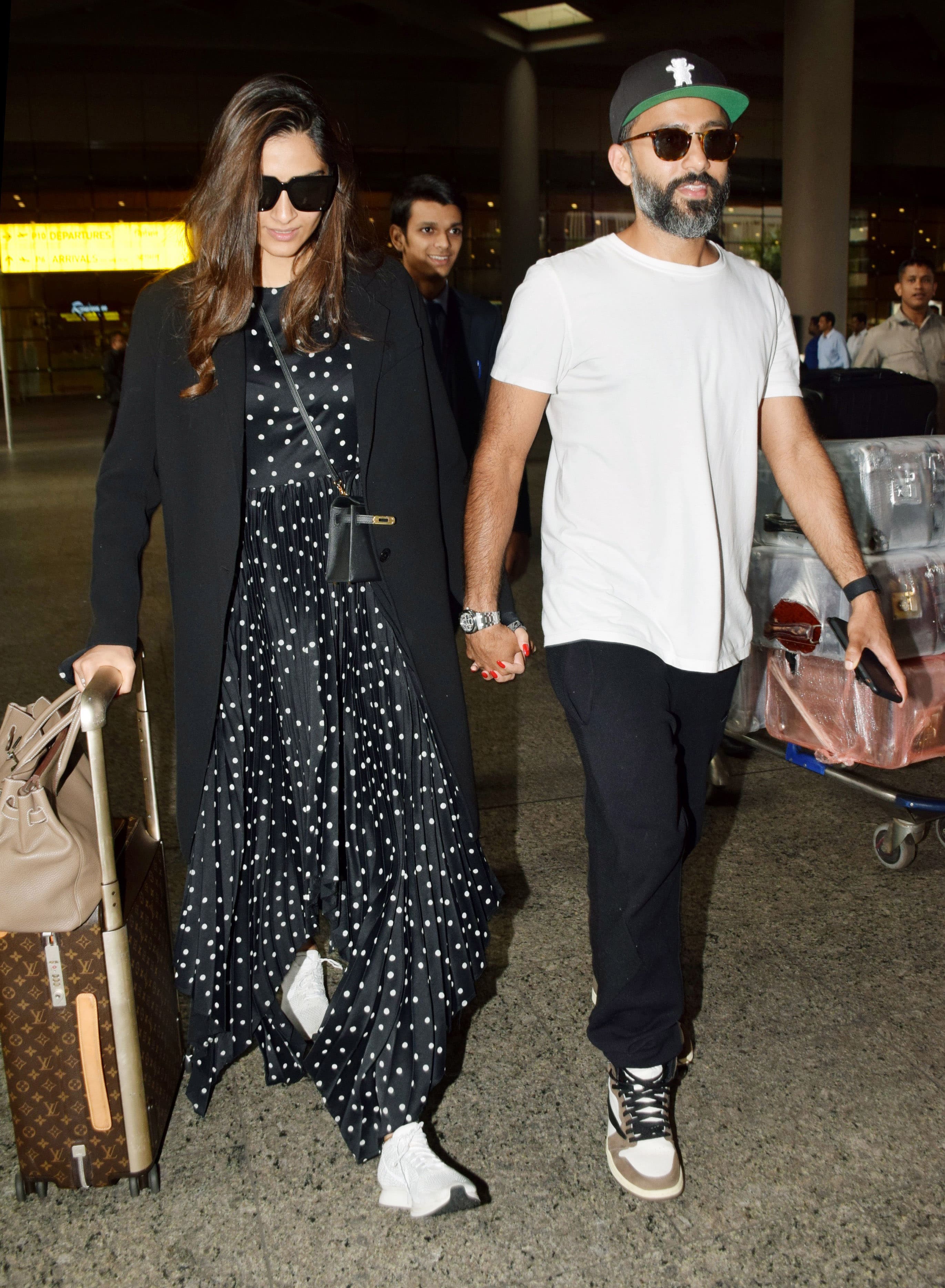 On the work front, the actress is all set to make her digital debut with a web series where she will be unravelling some of her style secrets.

Sonam was last seen in 'Ek Ladki Ko Dekha Toh Aisa Laga' also starring her father Anil Kapoor and Rajkummar Rao. She will next feature in 'The Zoya Factor' with Dulquer Salmaan, which is based on a famous novel by Anuja Chauhan. Directed by Abhishek Sharma, the film will hit theatres on September 20, 2019.