Bollywood actress Janhvi Kapoor turned a year older on March 6, 2019. Janhvi, who made her debut with Dhadak, was spotted in Varanasi's Shri Kashi Vishwanath Temple ahead of her birthday. 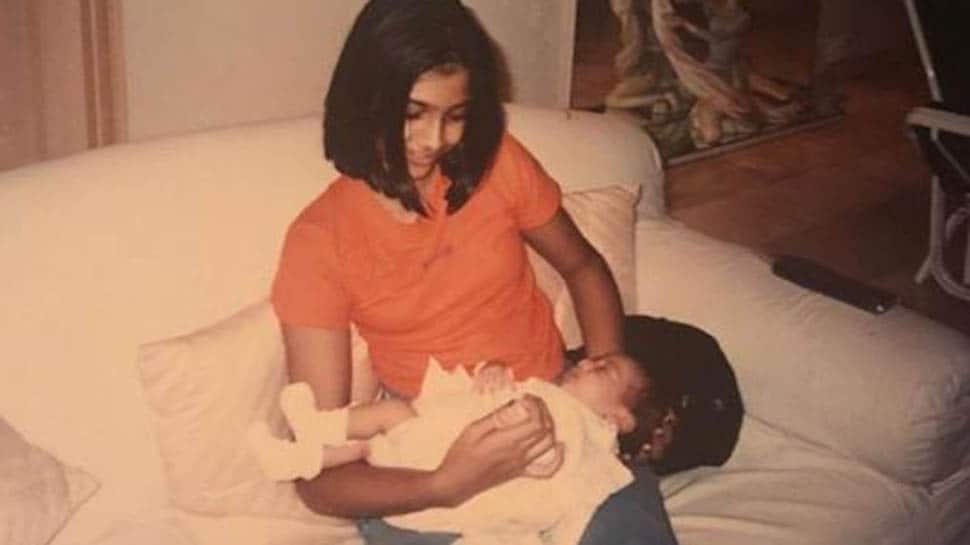 New Delhi: Bollywood actress Janhvi Kapoor turned a year older on March 6, 2019. Janhvi, who made her debut with Dhadak, was spotted in Varanasi's Shri Kashi Vishwanath Temple ahead of her birthday.

On her big day, her superstar cousin Sonam Kapoor had the sweetest wish for her 'Jannu'. She wrote, "Happy happy birthday baby jannu... all my love baby girl... keep smiling your gorgeous smile.. @janhvikapoor."

For the unversed, Janhvi is the daughter of late actress Sridevi and producer Boney Kapoor. She has a younger sister named Khushi and is also the half-sister of Arjun Kapoor and Anshula Kapoor.

Janhvi has been roped in for K Jo's 'Takht'. The historical drama is touted to be one of the biggest releases of 2020 and the shoot will start this year. 'Takht' also stars Ranveer Singh, Kareena Kapoor Khan, Vicky Kaushal, Alia Bhatt, Anil Kapoor and Bhumi Pednekar.

The actress will also be seen playing the role of an Air Force officer Gunjan Saxena in the film titled Kargil Girl.

I want to keep reinventing myself: Arjun Rampal