For the photoshoot, Sunny Leone looked ravishing in a light brown shirt dress with knee-length boots while Daniel Weber complemented her in an all-black look. 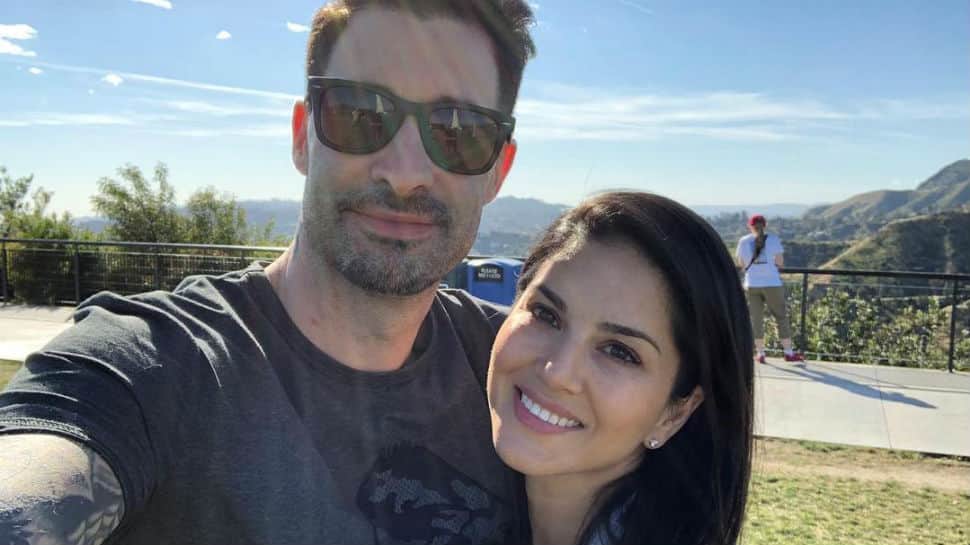 New Delhi: Actress Sunny Leone and her husband Daniel Weber are redefining love in pictures from their latest photoshoot. The couple just can't stop smiling and looking adorably at each other.

For the photoshoot, Sunny looked ravishing in a light brown shirt dress with knee-length boots while Daniel complemented her in an all-black look.

Sunny posted the pictures with a kiss emoji and tagger Daniel. Take a look at the post here:

Sunny and Daniel are one of the most sought-after couples of the film industry. They have been married for over seven years now. Nisha and twin boys Noah and Asher are their three children.

The couple adopted Nisha in July 2017 from an orphanage in Maharashtra's Latur when she was 21-months-old. while they welcomed Noah and Asher via surrogacy in March 2018.

Every other day, Sunny and Daniel are spotted in different parts of Mumbai with their children and they make for a cute family together.

Sunny has also hosted some reality shows, including  'Splitsvilla' and 'Haunted Weekends'.