Sushant Singh Rajput (SSR) was found hanging at his Bandra residence on June 14, 2020, leaving his fans, family and film fraternity in a state of shock. Mumbai police is currently investigating the suicide case. 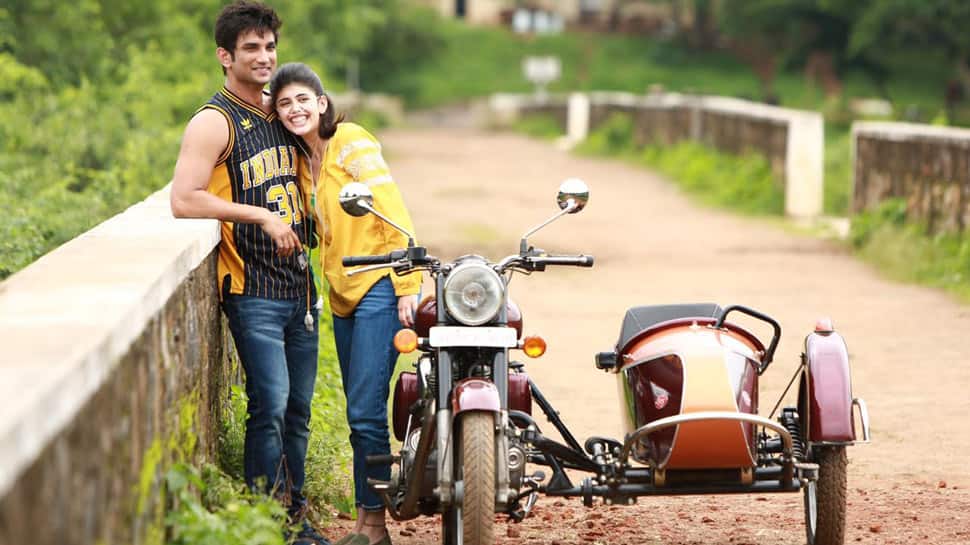 Mumbai: Actor Sushant Singh Rajput’s last film 'Dil Bechara' marks the debut of actress Sanjana Sanghi along with the director Mukesh Chhabra. While Chhabra and Sushant were old friends, the late actor met Sanjana for the first time for the film's reading session in a workshop by Mukesh. Sanjana revealed that since both the actors were academic achievers, they hit it off immediately over their love for learning and books.

Sushant Singh Rajput (SSR) was found hanging at his Bandra residence on June 14, 2020, leaving his fans, family and film fraternity in a state of shock. Mumbai police is currently investigating the suicide case.

Remembering Sushant, Sanjana describes her first meeting over a script reading session, “We both, nerds, had read the script down to its last word respectively, and both our copies looked like they were tattered old novels that had aged over years, with post-it marks, and added notes - the works. I was a bundle of nerves. Mukesh asked me to just relax, and we all jumped right in.”

Sanjana revealed how the food was a huge mutual love for both of them in addition to academia.

“Mukesh, him (Sushant) and I - all helpless foodies. We ordered a lavish spread. Looked at the dining table, yet we 3 decided to take to the floor, spread our meal on a mat, and started gorging. He mocked me for how much food I can eat, but the food was a huge mutual love for us in addition to academia. This lunch, most oddly, was marked with my father sending me a text saying we got a letter home telling us I had become a Gold Medalist at Delhi University. Sushant, Mukesh and the whole team were ecstatic to hear this news too - and what followed was champagne (that we never got the chance to open and celebrate with) and the kindest note from him about what the colliding of academia and cinema means even to him and the value it holds, which I still have tucked firmly in my drawer,” she said.